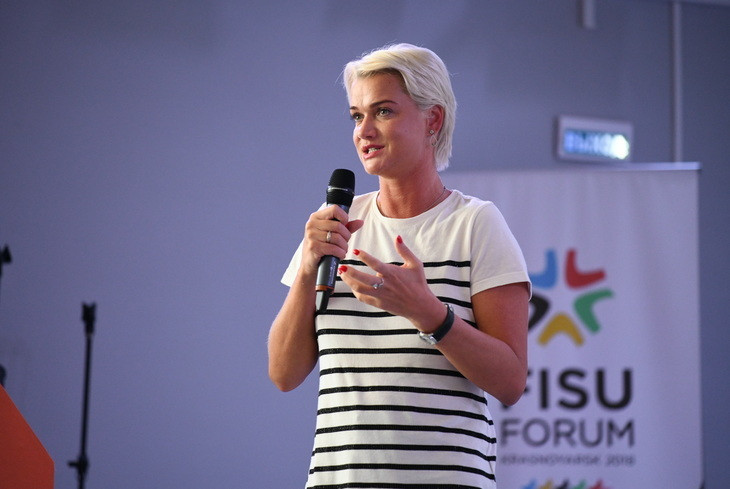 Life after sport has been the main topic of discussion at the International Federation of University Sport (FISU) Forum in Krasnoyarsk.

The Russian city is holding the event as preparations continue for the 2019 Winter Universiade, due to begin there on March 2.

Earlier, former Olympic gymnastics champion and 2019 Universiade ambassador Svetlana Khorkina, gave a speech on the importance of preparing for life after retiring from sport, saying the "inner power" athletes have allow them to be a leader, "in any field".

"They are good employees, ready to go forward to their goal," she said.

"They bring and can bring very great benefits not only in their own country, but also at the international level, working, for example, in the sports field."

A report was also presented on the importance of a "double career", meaning the need to gain qualifications to facilitate a career outside of sport, whilst simultaneously competing at a high level.

A talk was also given by the President of the National Program of Scholarships for talented athletes from the United States, Guy Taylor, who said that such systems motivate young athletes to achieve success in both the sports and educational arenas.

"For us, in a priority, those who have already distinguished themselves in something, for example, study well," he said.

"At the same time, students who are involved in work on extracurricular projects do not fall out of the educational process, but, on the contrary, try harder to acquire knowledge and find new applications for their talents."

Khorkina then added: "I believe that the more knowledge you have, the greater the choice of professions that you can pay attention to after completing a sports career.

"Today many athletes have the possibility of distance education, which means that you do not need to interrupt performances at tournaments to acquire new skills."

Outside of the talks, a programme of cultural events have been organised to promote the city ahead of the Universiade.

Around 170 delegates have been given a tour of sights, including the VI Surikov museum dedicated to the 19th Century painter, the Paraskeva Chapel, which is the city's main church and various other archaeological sights.