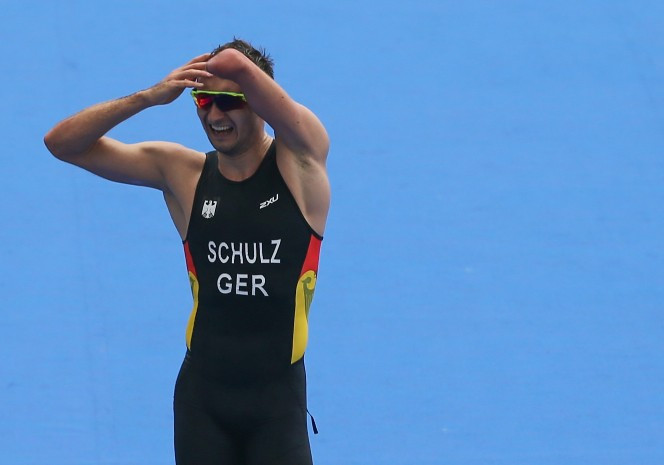 Rio 2016 champion Martin Schulz was among the winners as Para-triathlon action begun the European Triathlon Championships in Tartu today.

The German, who boasts five world titles and now seven European titles in addition to his Paralympic gold in the Brazilian city, triumphed in the PTS5 class in Estonia.

He enjoyed a strong swim as he beat Jairo Ruiz Lopez of Spain into silver and Yannick Bourseaux of France into bronze.

Lauren Steadman led a British 1-2 in the women's PTS5, in front of compatriot Claire Cashmore as Gwladys Lemoussu of France was third.

The equivalent women's crown went to another Briton in Fran Brown, as Rakel Mateo Uriarte won silver and Veronica Yoko Plebani of Italy the bronze.

Daniel Molina of Spain captured the men's PTS3 title with silver going to Britain's Ryan Taylor and bronze to Victor Chebotarev of Russia.

A two-strong women's race at PTS3 was won by Elise Marc of France in front of Russia's Anna Plotnikova.

There were only three athletes and Russia's Evgeniya Koroleva was disqualified.

The elite men and women will be action in Tartu tomorrow.

They will race over the sprint distance, with the continental event for regular-distance triathlon taking place as part of the multi-sport European Championships in Glasgow next month.