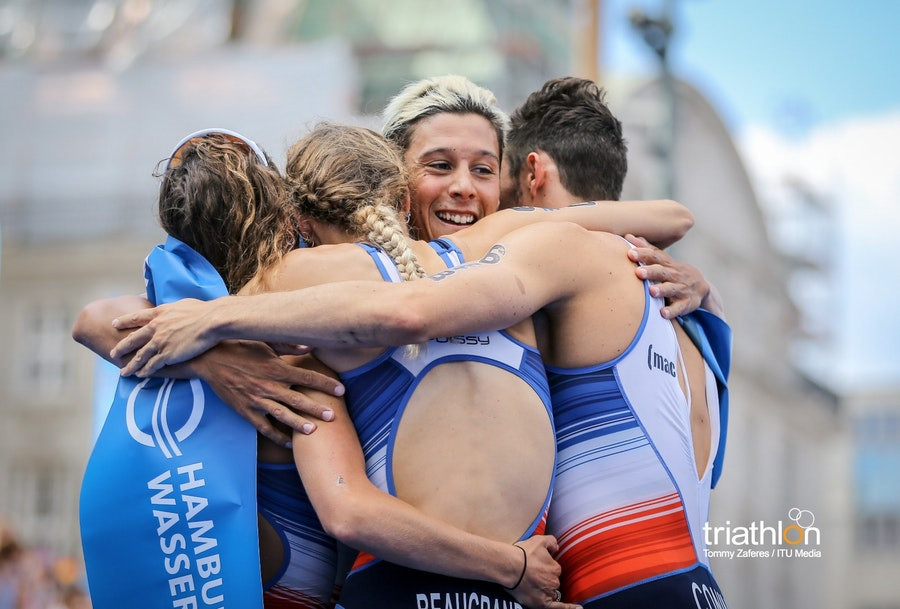 The victory came a day after 21-year-old Cassandre Beaugrand had earned unexpected gold in the women’s event and Vincent Luis had claimed silver in the men’s race after chasing home Spain’s Mario Mola - and both French athletes played a key part in it.

The French quartet made it a weekend to remember in Germany as they romped to victory in 1 hour 20min 6sec, 43 seconds clear of Australia, with the United States taking third place in 1:20:51.

"We came here with the A team and everything worked out perfectly," said Luis after his final leg had sealed the win.

"When everything works, you just gotta be happy.

"We are all really looking forward to race the mixed relay in the Olympics, we never had a triathlon Olympic medal in France and now we have more chances.

"I can’t believe it," added Beaugrand.

Germany’s Laura Lindemann handed over a narrow first leg lead to Jonas Schomberg, although France's Leonie Perault was not far behind.

By the end of the second leg, however, France's Dorian Coninx had managed to hand over to Beaugrand with a clear lead.

She maintained that to give final French athlete Luis a slender lead which he set about enlarging.

By the time he reached his concluding run, Luis had a 30-second lead which he maintained to the finish.