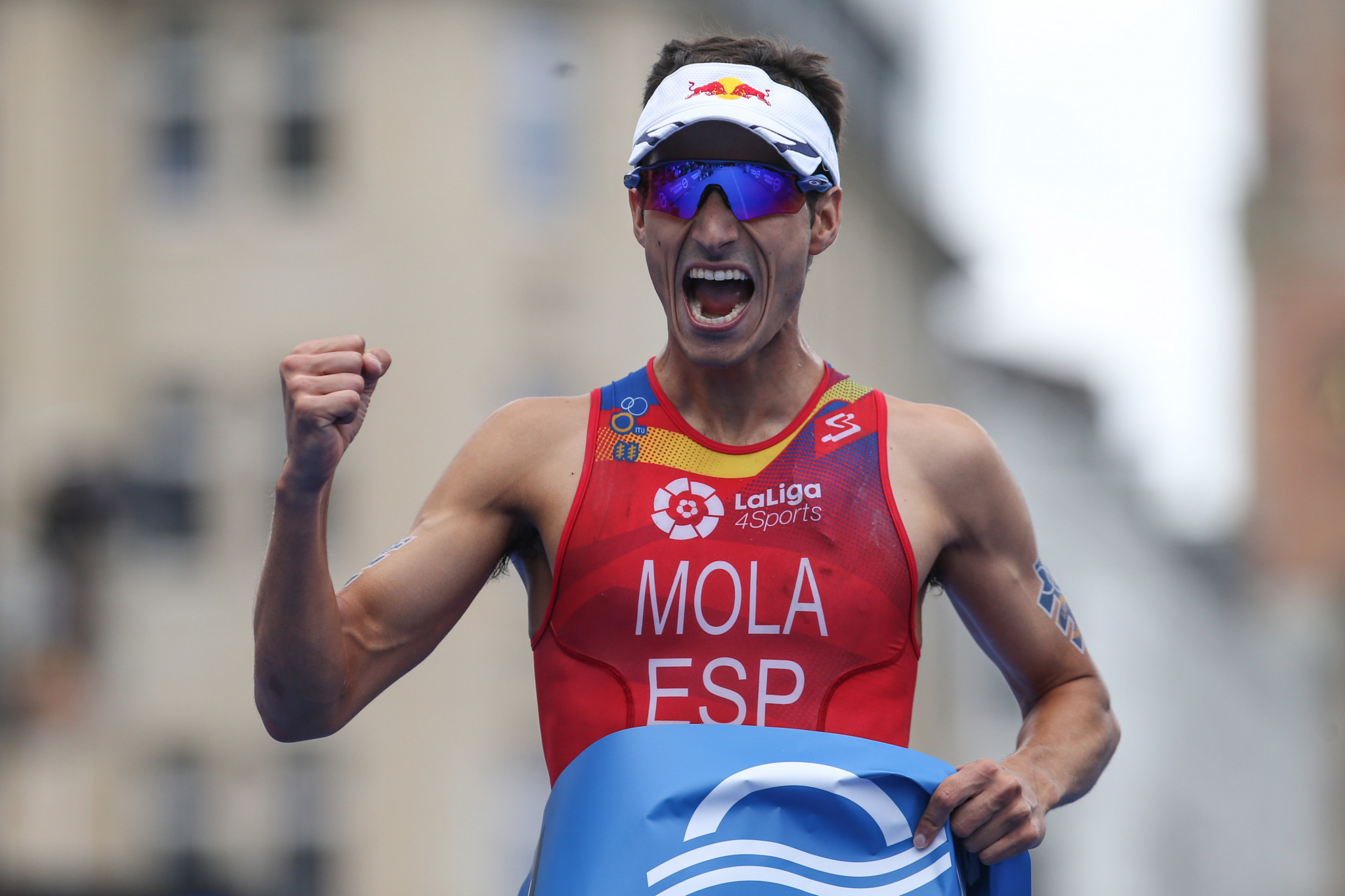 But there was no happy ending for the women's world champion, Bermuda's Flora Duffy, who finished tenth on her comeback from a foot injury as 21-year-old Cassandre Beaugrand stunned the competition with a dominant run to win the event by 30 seconds.

For Mola, however, everything went according to plan in the German city.

The 28-year-old Spaniard relied on his formidable leg speed on the five kilometres run to come from behind and triumph for the third straight year.

Jonny Brownlee, in only his second race in an illness and injury-affected season, had raced aggressively to forge a three-man breakaway on the bike.

But Britain's Rio 2016 silver medallist was eventually out-sprinted by Mola, France's Vincent Luis and South African Richard Murray and had to settle for fourth.

Mola finished in 53min 24sec after the sprint format with Luis at five seconds, Murray at eight and Brownlee 12 seconds behind.

"The atmosphere is unbelievable," Mola said of the city where he has enjoyed such success.

"I enjoy the course and the venue.

"I am very happy with how things have gone, but know from past experience it's not decided until the end.

"I just have to keep doing the work and hopefully will be at my best in September [at the Gold Coast finals]."

Beaugrand, of France, won the sprint distance in 58min 6sec, bursting into tears at the finish, with Laura Lindemann thrilling her home crowd in Germany by picking up silver.

Katie Zaferes, of the United States, increased her overall lead after narrowly failing to overhaul Lindemann in a sprint finish for second, by a margin of a single second.

Bermudian Duffy, who had reportedly only started running a couple of days before the race, was in touch with the leaders after the swim and the bike.

However, the two-time defending world champion faded out of contention over the run.

Zaferes extended her points tally to 3,493, with Dutchwoman Rachel Klamer - who finished 12th in Hamburg despite crashing on the bike - moving into second on 2,639.

Vicky Holland, of Britain, dropped one place to third overall on 2,579 after finishing just 22nd today.

Hamburg is the longest-standing venue on the International Triathlon Union's World Triathlon Series calendar, having hosted events since 2002.

It reverted to sprint distance in 2012 and consistently draws crowds of thousands.

The next stop is Edmonton between July 27 and 29, with Montreal and the world finals at Gold Coast to finish.