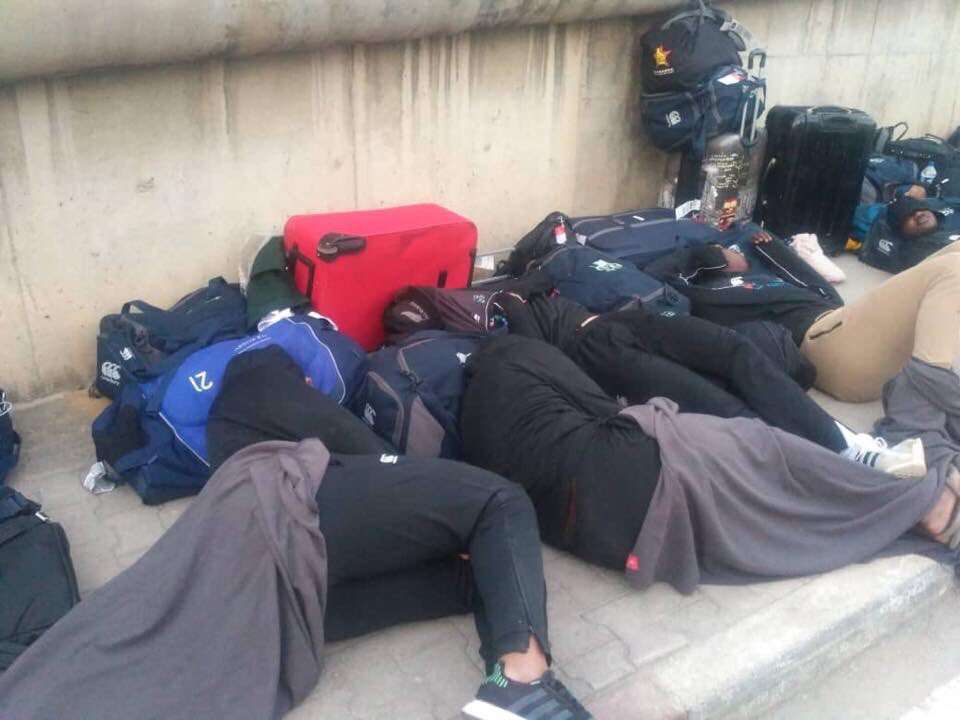 Rugby Africa and the Tunisian Rugby Union have issued an apology after the Zimbabwe team were forced to sleep on the street in the build-up to their World Cup qualifier in Monastir.

Local reports have claimed that sub-standard accommodation led to the team sleeping on the street, shortly after their arrival in Tunisia.

It was also claimed that the team were held in an airport for hours, with their passports taken away when they were unable to pay a visa fee.

Rugby Africa released a statement in a bid to reassure the Zimbabwean Ministry of Sports and the Zimbabwe Rugby Union that the situation was immediately addressed.

They stated a solution was reached after the Tunisian Rugby Union took the management of the Zimbabwe team to another hotel, which was accepted.

The organisation have expressed their "sincere apologies" for the "unfortunate situation", which they claim does not reflect the standards of the Rugby Africa Gold Cup competition.

Rugby Africa added that they sincerely regret any "prejudice" caused.

"I apologise on behalf of Tunisia Rugby Union, we pride ourselves in hosting Rugby Africa tournaments every year and make every effort to meet the best international standards in terms of accommodation and other infrastructure," said Khaled Babbou, Tunisia's Rugby Africa Executive Board member.

"Something went wrong for which I am sorry, but this was corrected in consultation with the Sables management team.

"I can assure you that there was absolutely no intention to destabilise our opponents and we will make every possible effort to ensure they have a good preparation ahead of Saturday's match."

The Rugby Africa Gold Cup is the top tier international competition in Africa, with six teams competing in a round robin format.

The top team at the end of the series will qualify for the Japan 2019 Rugby World Cup, while the second will go into a repechage competition.

Saturday’s (July 7) match in Tunisia will be Zimbabwe's third game of the series, with the country boasting one draw and a defeat so far.

The hosts will be looking to bounce back from their 118-0 loss to Namibia in their only match so far.

Namibia currently head the standings, with their team having recorded three straight wins.