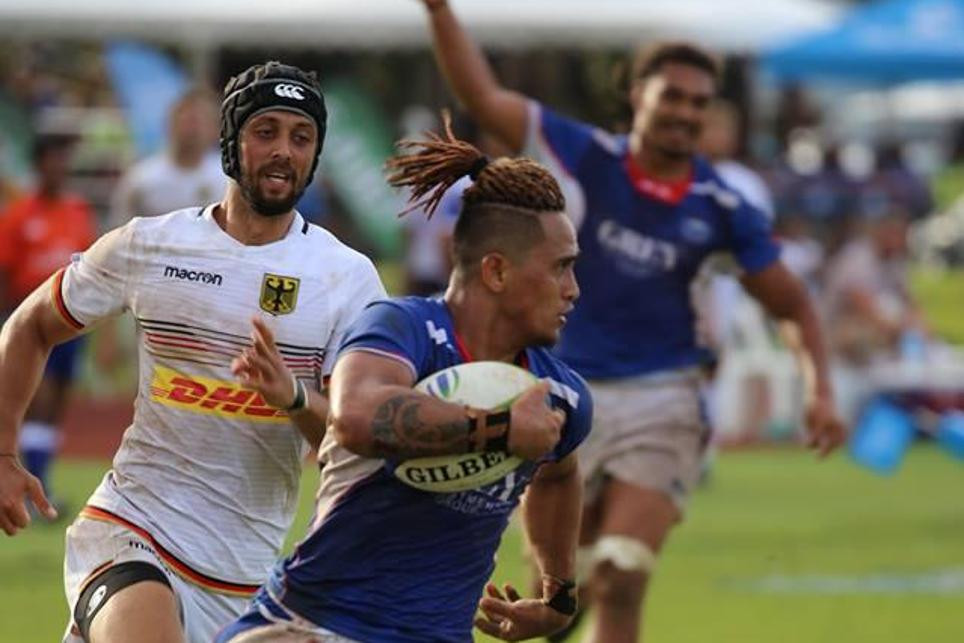 Samoa all but assured their qualification for the 2019 Rugby World Cup in Japan as they hammered Germany in the first leg of their play-off clash in Apia.

The hosts romped to a 66-15 victory at Apia Park, running in 10 tries to leave the Europeans with the highest of mountains to climb.

Germany will host the second leg at the Fritz-Grunebaum-Sportpark in Heidelberg on July 14 with the aggregate winners booking their place at the World Cup.

Whoever loses will still have a chance to reach Japan as they will enter the last-chance saloon repechage tournament for the final place at the showpiece event.

The Germans had only made the play-off game thanks to the ineligible players scandal which saw Spain, Romania and Belgium disqualified from the European qualification tournament.

Ed Fidow scored a hat-trick for Samoa, who were huge favourites, with Melani Matavao dotting down two tries.

Elsewhere today, Namibia made it three wins from three at the Rugby Africa Gold Cup, which will decide one qualifier for the World Cup and send the second placed team to the repechage.

They edged Morocco 28-24 after a trip to Stade du C.O.C in Casablanca

Kenya made it two victories from as many games after seeing off Zimbabwe 45-36 at the RFUEA Ground in Nairobi.

Hong Kong defeated Cook Islands 26-3 on away soil in Rarotonga to win the first leg of their play-off for a place in the repechage tournament.