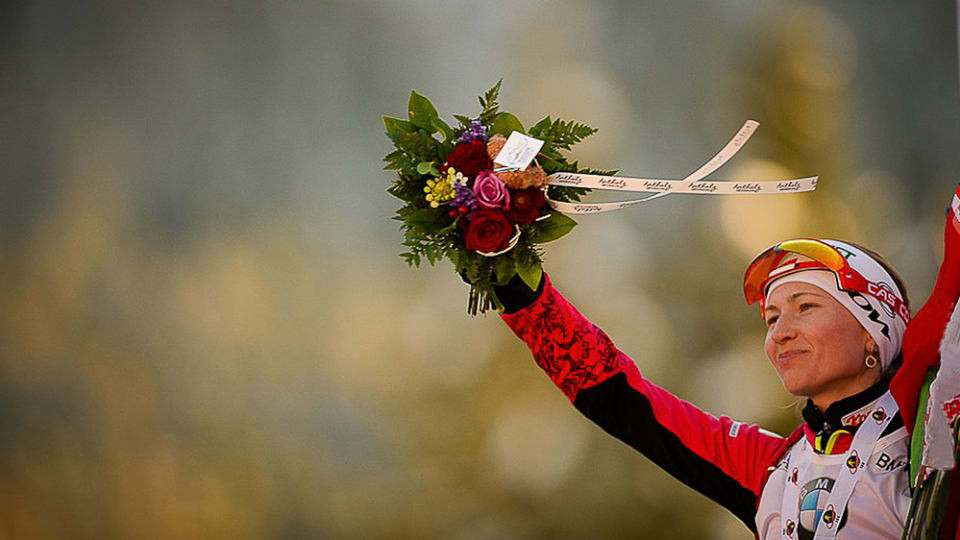 Belarusian biathlon legend and four-time Olympic champion Darya Domracheva has announced her retirement at the age of 31.

Domracheva has brought an end to a lucrative career which included four Olympic titles and two World Championship gold medals.

She also earned 34 victories on the International Biathlon Union's World Cup circuit, as well as one overall crystal globe in 2014-2015.

Domracheva took a significant time out of the sport following the birth of daughter Xenia but returned in January 2017.

The Belarusian also missed the entire 2015-2016 campaign after she was diagnosed with mononucleosis.

"I tried to find a compromise that would allow me to raise a child and combine it with a sports career," Domracheva, married to Norway's eight-time Olympic champion Ole Einar Bjørndalen, said.

"Unfortunately, I did not find the optimal solution.

"This is a deliberate and difficult decision, but I am completing my sports career.

"My time in this great sport will remain unforgettable."

Domracheva's defining moment came at the 2014 Winter Olympics in Sochi, where she won three gold medals.

She also claimed a gold medal at Pyeongchang 2018 when she was part of the victorious Belarusian 4x6 kilometres relay team.

Domracheva's final World Cup season featured six wins, including victory at the finals in Tyumen in what proved to be her final competitive appearance.

"I want to thank all of those who have been around for these years, from my first coaches, my team and even the chefs finishing with the chefs at the training complexes, where I prepared," she added.

"Great thanks to the fans that supported me in every race and victory.

"Thank you to my family for always being around; thanks to the reporters who helped the fans and viewers enjoy my success.

"Most importantly, I would like to thank my country, for, in winning I felt they were not just my victories but for the whole of Belarus."