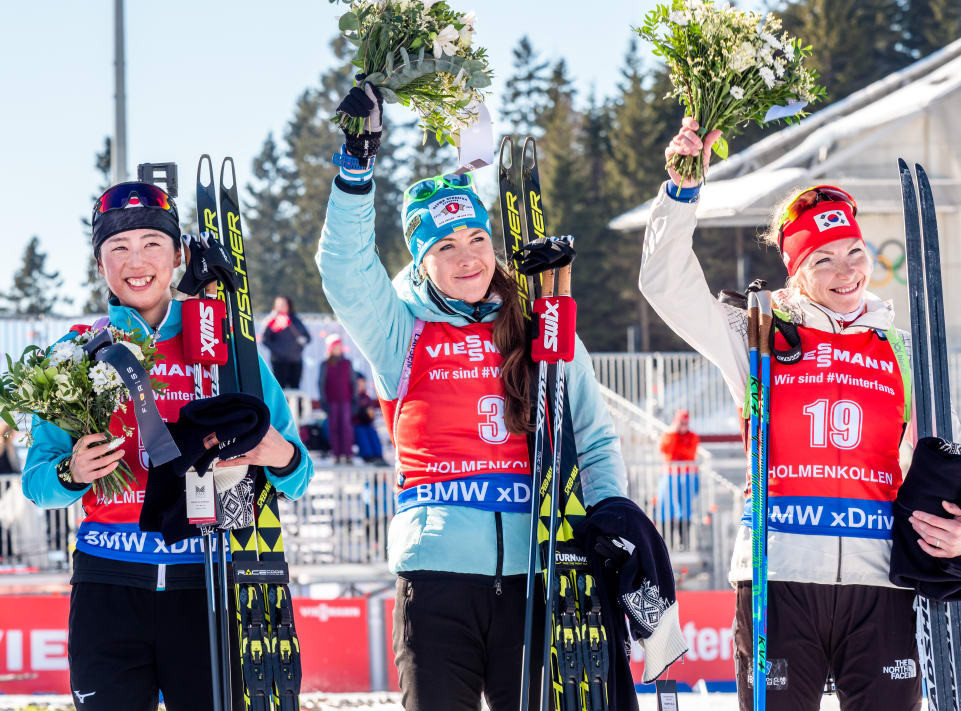 Darya Domracheva of Belarus earned her 32nd win on the International Biathlon Unions World Cup tour and her fourth at the famed Holmenkollen course in Oslo.

Johannes Thingnes Bø was the other stand-out athlete of the day as he led the home team Norway to a commanding win in the men’s 4x7.5 kilometres Relay.

Bø dominated the field with his powerful skiing and swift 10-for-10 shooting in the three-spare round victory clocked in 1 hour 13min 13.7sec that was shared with team-mates Lars Helge Birkeland, Henrik L’Abée Lund and Tarjei Bø.

Domracheva had earned her first win on this course in 2011.

Seven years on the Belarus athlete, having incurred two penalties, responded with a punishingly fast final loop, moving clear of Anastasiya Kuzmina of Slovakia on the steepest hill.

"It was a tough battle," said Domracheva.

"You know how strong Anastasiya is this season and she showed the same today.

"I did my best and on this big uphill I knew I had to try here [for the win]."

On a bright and clear day, Domracheva finished the women’s 10 kilometres pursuit in 30min 37.4sec, with Kuzmina, who had four penalties, second at 9.2 seconds back.

"I know it is very important to shoot clean in the first and last shooting stages," said Kuzmina.

"I was very pleased to shoot clean in them, but four mistakes [in the other two stages] took my power away.

"But I tried to fight with Darya.

"She made a good tactical move attack on the last uphill and I understood that I did not have enough power to fight with her."

Susan Dunklee of the United States, with two penalties, finished third, 29.5 seconds back.

Fuyuko Tachizaki of Japan, with one penalty, had another World Cup career-best in fourth place, 37.4 seconds back.