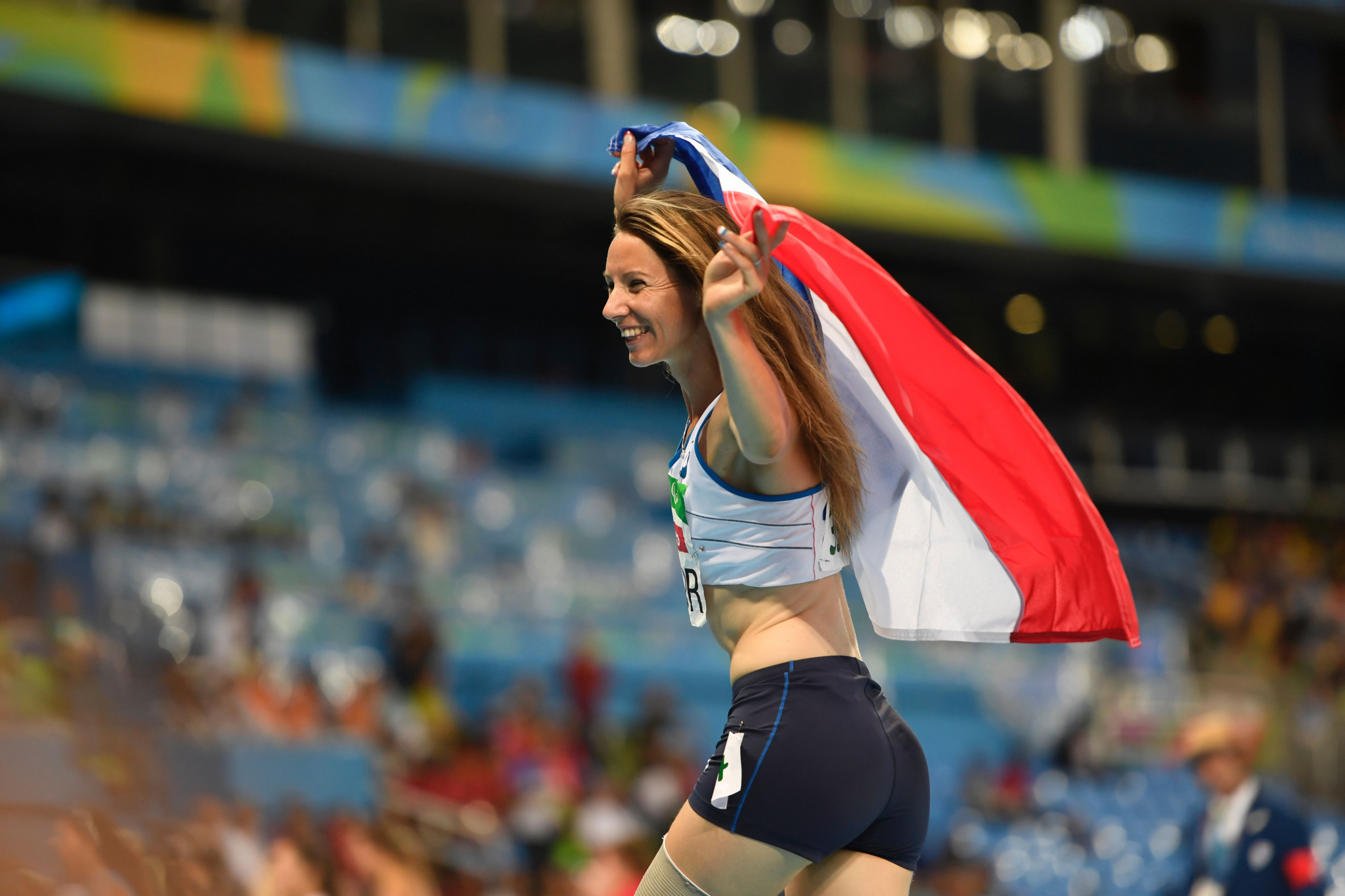 Double Paralympic champion Marie-Amelie Le Fur finished fourth in the long jump on her return to competition at the World Para Athletics Grand Prix in Paris.

The 29-year-old French star had taken a short break from the sport following the devastating loss of her unborn baby earlier this year.

Speaking before the event, Le Fur said: "It is complicated to come back very quickly, but I need it.

"I did it to be better physically and mentally.

"Sport is very important for me and I love competition; I love all the girls in my category."

A best jump of 5.32 metres will have encouraged her before the Berlin European Championships in August, at which Le Fur hopes to compete.

Elsewhere, the stand-out performance came from Brazilian discus thrower Elizabeth Gomes, who broke a world record in the F52 event.

The 53-year-old has multiple sclerosis and was reclassified earlier this year after her condition worsened.

"I was training a lot - not expecting a world record, but expecting a good performance - but I thank God because the discus was in a good position in my hand," she said afterwards.

Her throw of 16.82m was 40 centimetres further than her previous best.

The next best performance of the day came from another Brazilian, Petrucio Ferreira.

That event will be the stand-out event of the day.

Ferreira, who ran a world leading time of 10.51 earlier this year, will look to take first prize.

Elsewhere in the sprints Vinicius Goncalves Rodrigues of Brazil goes in the T63 100m event.

He became the first in his class to go sub-12 seconds in April this year.

World T37 100m champion Mateus Cardoso will also compete, as will reigning world and Paralympic champion in both the T37 200m and 400m, Charl du Toit of South Africa.

Elsewhere on the track local star Louis Radius will race in the men's T38 1,500m.

She won her first world title in London last summer.

In the field, Rio 2016 Olympic Champion Hilton Langenhove goes in the long jump.

Japan's world silver medallist Atsushi Yamamoto will also compete in that event, having also been at the Winter Olympics in Pyeongchang, racing in the snowboard cross.

The Grand Prix series includes nine different events across the globe, in cities including Dubai, Sao Paulo and Beijing.

The series will end in Berlin, where this year's European Championships also takes place.

Another event will also begin in Arizona tomorrow.