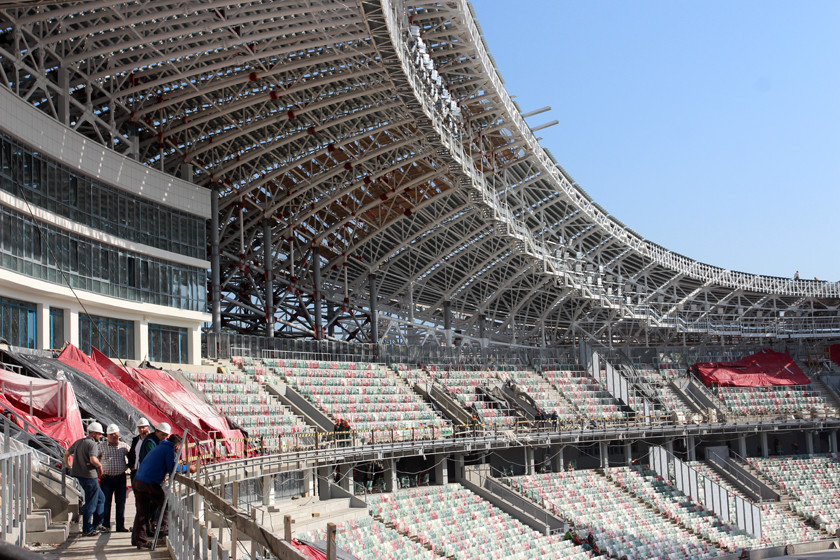 The stadium in the Belarusian capital, scheduled to stage the Opening and Closing Ceremonies as well as athletics at the European Games, will hold a track and field competition on June 22, according to Belarus' state news agency BelTA.

The athletics event will serve as a test event for Minsk 2019 and will be between the teams of Belarus, Ukraine, Baltic and Balkan countries.

BelTA has reported that tickets for the competition have already gone on sale.

It will offer a major test for the venue, which has been closed since October 2012 while the construction work was carried out, as it prepares to be the centrepiece of Minsk 2019.

The renovation of the stadium was completed earlier this month and has seen the 22,000-capacity venue undergo several changes, including new stands, updated lighting equipment and synthetic covering

The stadium was originally constructed and opened in 1934 and then expanded in 1939.

It was destroyed during the Second World War, but was rebuilt and re-opened in 1954.

It was further renovated in time for the 1980 Olympic Games in Moscow when Belarus was part of the Soviet Union and hosted football matches.

More than 4,000 athletes are expected to compete at the Games across a total of 15 sports - 10 of which will offer a form of Olympic qualification for Tokyo 2020.