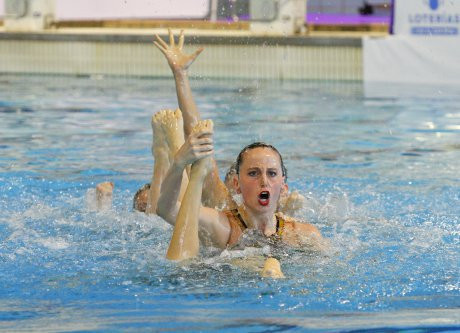 The day started with success for home duo Paula Ramirez and Sara Saldaña in the duet free routine final.

They managed a score of 89.9332 points at the Swimming Center M-86, performing a routine that was choreographed in 2016.

"We are proud to show a duet free routine that was performed at the Olympic Games by two stars, Gemma Mengual and Ona Carbonell," Saldaña said.

"I think our strong point is speed, strength and also expression so accelerating the music, due to our conditions, was a good decision."

Spain’s Berta Ferreras and Pau Ribes were the only contenders in the mixed duet free routine final.

They scored 85.0332 points to give their country another gold medal.

Spain clinched as many titles, seven, as events it entered across the three days of competition.

"This gives us motivation to continue working hard over the next two months."

The next leg of the 2018 FINA Artistic Swimming World Series is due to take place in Surrey in Canada from May 31 to June 2.