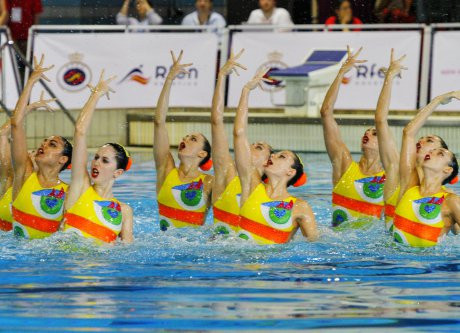 The day started with victory for home pairing Paula Ramirez and Sara Saldaña in the duet technical routine final.

They were the strongest performers at the Swimming Center M-86, managing 86.3442 points.

"We have been training a lot and obviously in training there is no pressure, there are no nerves and there are things that work out better," Ramirez said.

"Here with all the judges in front of us, there may be mistakes but we train hard every day to do it better and better.

"We still have a month-and-a-half for the most important event of the year, the European Championships in Glasgow, and we will try to do it perfect."

Spain then continued its winning streak in the free combination routine.

There was also success for Spain in the team free routine final with 91.8332 points.

Their story was based on life in a factory.

Action in Madrid is due to conclude tomorrow with medals being awarded in the duet free, mixed duet free and highlight events.