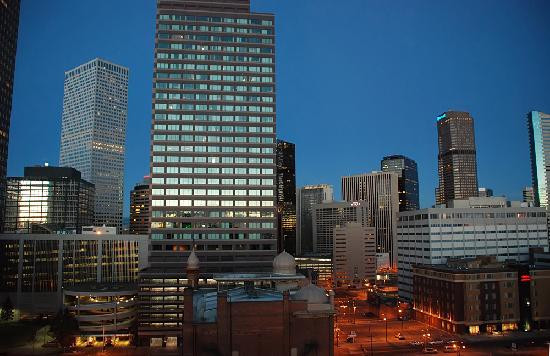 Opponents of a proposed bid from Denver for the 2030 Winter Olympic and Paralympic Games have stepped up their campaign by filing a ballot initiative to ensure the public decides whether or not taxpayers' funds are used to seek and host the event.

The "NOlympics Colorado" group held meetings with the city attorney and a representative from the City Council yesterday.

The campaigners need 4,726 signatures from verified registered Denver voters if the initiative is to appear on the ballot paper in November.

They are keen for voters to have a say as to if Denver proceeds with a bid.

An Exploratory Committee is still discussing the merits of a possible bid, with those behind it claiming they would only use private money.

It remains unclear whether Denver will bid or not but an answer could be revealed in the coming months after the Exploratory Committee completes its work.

"'If it’s a truly private initiative — which we know it’s not — then let’s codify that,' NOlympics co-Chair Kyle Zeppelin said."

Solidarity with the Denver NOlympians as they hold officials accountable and demand a voice in the bid. #NOlympicsAnywherehttps://t.co/CekU9976dY

"If the voters of Denver want to give the city and state a blank check to bring the Olympics to Colorado, that should be a decision that they make," NOlympics Colorado member Larry Ambrose said.

"We just want transparency and then people can make a decision.

"I believe that people want to vote on matters, that are this important, that have such ramifications.

"You're talking about billions of billions of dollars, 12 years of planning and logistics to bring an event for three weeks."

The Exploratory Committee exploring the possibility of Denver hosting the Games in 2030 and have promised it will be a financially stable event by using existing venues, meaning an Olympics in Colorado would cost $2 billion (£1.4 billion)/€1.6 billion).

It has been reported that, outside of the $2 billion required from the organisers, including the $925 million (£654 million/€748 million) provided by the International Olympic Committee, the rest of the costs could be covered in sponsorships, ticket sales and merchandise.

Denver 2030 Exploratory Committee member Steve McConahey, a member of the group that proposed the city as the United States nomination for the 1998 Winter Olympic and Paralympics, but which was overlooked in favour of Salt Lake City, claimed they would launch a new formula if they were selected.

Denver was awarded the 1976 Winter Olympic Games before handing them back to the IOC following a referendum called because of rising costs.

They eventually took place in Innsbruck in Austria.