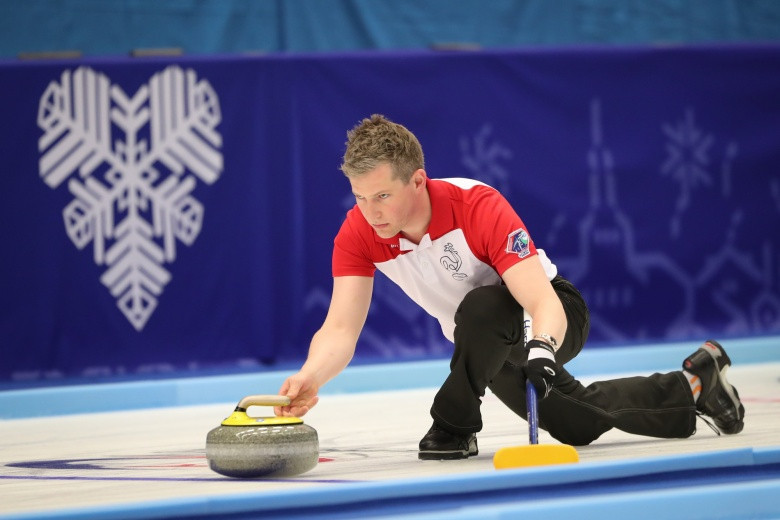 Switzerland fought back from the brink of defeat to earn victory over Australia as the World Mixed Doubles Curling Championship continued in Östersund today.

Michele Jaeggi and Sven Michel trailed 7-3 but stole a single point in the final end to clinch a dramatic 8-7 triumph in the Group A clash at the Östersund Arena.

Switzerland were among several countries who recorded their second wins of the tournament as Canada recovered from 3-1 down to oust Austria 7-3 in Group E.

"That was a gut check one as we didn't flow that nice and we kind of ground it out," said Canada's Kirk Muyres.

"But you know, you get a few of them throughout the week, so it’s nice to get the first one out of the way so you know you can do it and now hopefully we start rolling a little better."

Canada steal in the 8th end to win 7-3 over Austria! #WMDCC2018 #curling pic.twitter.com/uhyMIIsxFo

The Russian duo of Maria Komarova and Daniil Goriachev arrived at the tournament in the Swedish city keen to restore the reputation of the sport in their home country after Aleksandr Krushelnitckii failed a drugs test at Pyeongchang 2018.

They were also involved in a hard-fought affair today, edging Kazakhstan 7-5 in Group C.

South Korea, whose full women's team claimed a shock silver medal at the 2018 Winter Olympic Games in Pyeongchang, were in commanding form as they dispatched Guyana 11-0 in Group E.

The tournament in the Swedish city is due to continue with the latest set of round-robin matches tomorrow.