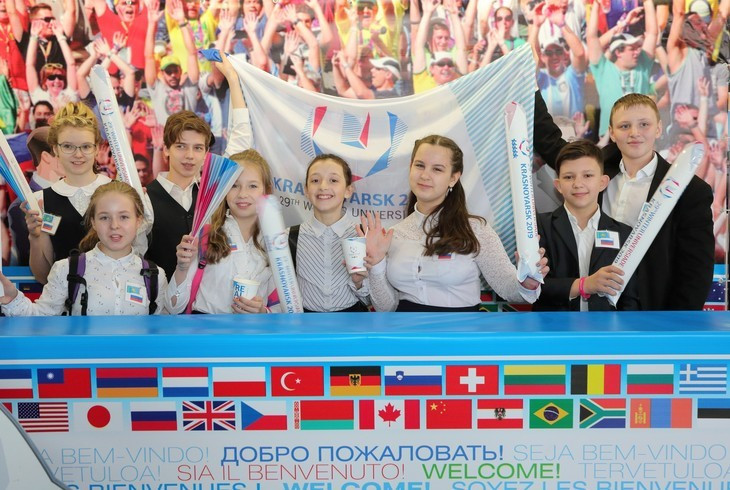 All of the entrants made films dedicated to a country which will send a team to the event in the Russian city next year.

Included in the various films were posters, chants and comedy sketches while athletes and sporting achievements were discussed.

A jury eventually selected the Gymnasium No.3 team as the winners for their film on South Korea.

The winners filmed a music video with a lively dance performance to a song in English and Korean.

They also talked about Olympic champions and famous athletes from South Korea.

The 50 countries, 50 schools project is designed to build excitement before the Winter Universiade.

Deputy Head of the Krasnoyarsk 2019 Directorate Konstantin Gureev said it was not easy to select the winner.

"Each storyline is built quite differently from the perspective of the operator's and director's work and selection of the material," he said.

"It is evident that all children are united by the desire to learn as much as possible about the countries they will support.

"They studied a lot of materials, and everyone put their heart into the creation of these videos.

"We are confident that no country participating in the Winter Universiade 2019 will be left without support.

"Your videos are proof of that."