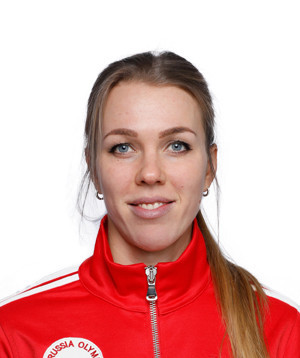 A second athlete representing the Olympic Athletes from Russia (OAR) has tested positive for a banned substance at Pyeongchang 2018.

She has been identified as Nadezhda Sergeeva, finished 12th in the two-woman bob where she had been the pilot with partner Anastasia Kocherzhova.

The disclosure of another positive drugs test follows curler Aleksandr Krushelnitckii being stripped of the Olympic mixed doubles bronze medal.

It comes less than 24 hours before the International Olympic Committee (IOC) Executive Board is due to meet here to discuss the situation regarding Russia.

It is widely expected that this latest case will end any hope the Russian Olympic Committee has of its suspension, imposed in December following allegations of "systematic manipulation" of doping samples at Sochi 2014, being lifted or the team being allowed to march under their own country's flag at the Closing Ceremony on Sunday (February 25).

Until this latest incident, there had been widespread optimism from Russian officials here that they would be allowed to take part in the Closing Ceremony, despite the positive case involving Krushelnitckii.

Later, the IOC announced they had been told by OAR they had been informed of a "an adverse analytical finding involving one of their athletes".

Stanislav Pozdnyakov, head of the OAR delegation here in Pyeongchang, has criticised the athlete for "negligence".

An RBF spokesperson told Sport Express that Sargeeva submitted a sample with a low level of the drug on Sunday (February 18).

She had reportedly submitted a negative test five days earlier.

Sergeeva was among several Russians who tested positive for meldonium in 2016 but was cleared after the World Anti-Doping Agency (WADA) adopted an amnesty for athletes who had a low dose of the then newly-added substance to its banned list in their samples.

Trimetazidine is the same drug that China's three-time Olympic swimming champion Sun Yang tested positive for in 2014 and for which he served a secret three-month ban.

WADA added the drug to its banned list in 2014 for in-competition testing.

The following year they re-classified it as a metabolic modulator, making it banned in and out-of-competition.

Trimetazidine was among the banned substances identified in the McLaren Report as being used by Russian athletes before Sochi 2014 but not being properly reported as positive by Moscow Laboratory director Grigory Rodchenkov.

Richard McLaren, the Canadian lawyer who carried out the report, found at least eight cases that had been covered up by Rodchenkov.

Sergeeva is a former international athlete who won a bronze medal in the heptathlon at the 2009 Under-23 European Championships in Kaunas in Lithuania.

She took up bobsleigh the following year.

Sergeeva's best international performance was finishing second in the European Championships in Winterberg earlier this year with Kocherzhova.

She had also competed at Sochi 2014, partnering Nadezhda Paleeva and finishing 14th.

Sergeeva was not among athletes implicated in the "systematic manipulation" of doping samples at those Olympics and was among 169 Russian athletes cleared by a special IOC panel to take part at Pyeongchang 2018.

The news of her positive test overshadowed OAR's best day at Pyeongchang 2018.

The scandal broke during the men's ice hockey semi-final against the Czech Republic, which OAR won 3-0.