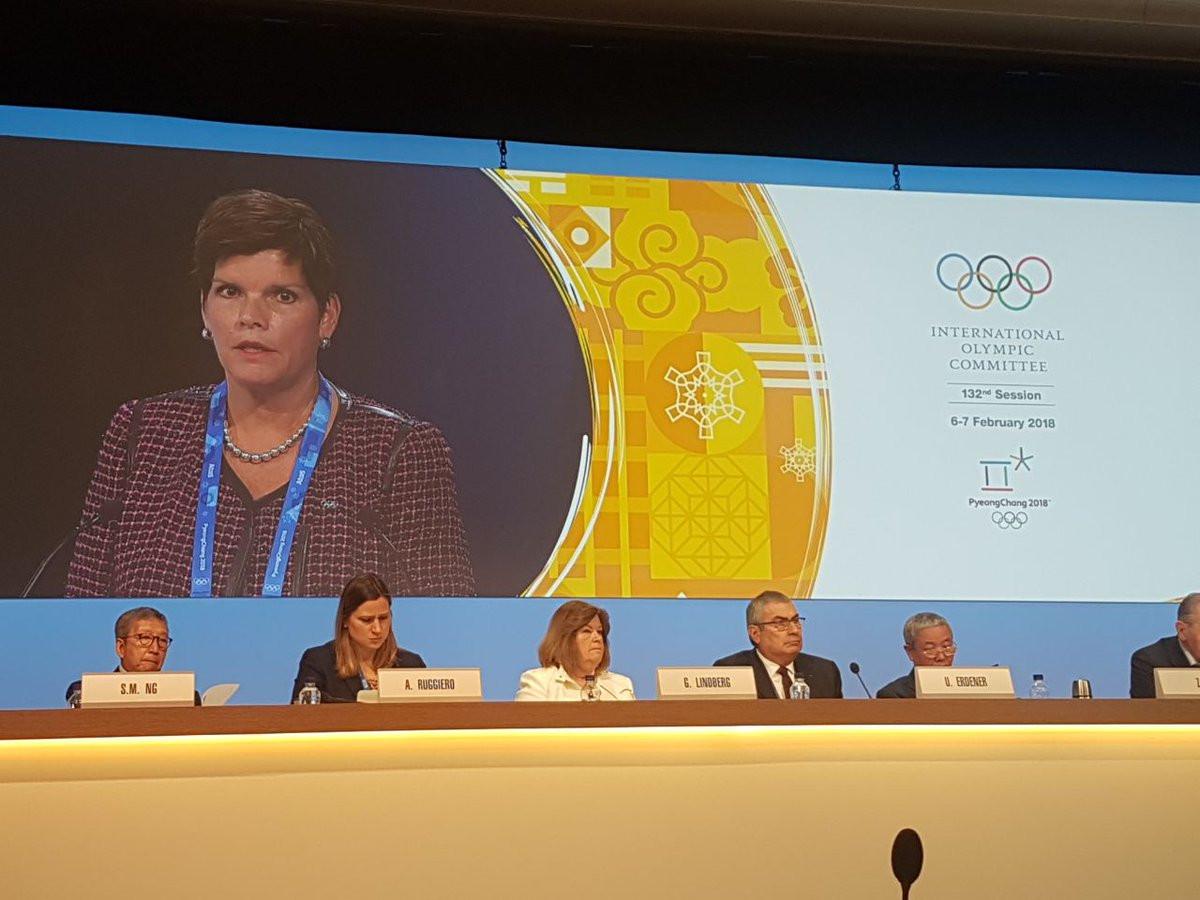 Nicole Hoevertsz, chair of an International Olympic Committee (IOC) panel responsible for defining Russia's participation at the Closing Ceremony of Pyeongchang 2018, has called for "confidence in the process" even though there are widespread claims that a deal has already been struck.

She spoke here today shortly before confirmation that the Russian Olympic Committee (ROC) had electronically transferred a $15 million (£11 million/€13 million) fine owed to the IOC as part of their sanction for the "systemic manipulation" of the anti-doping system at Sochi 2014.

"As of now, the ROC has paid this amount in full," they said in a statement.

"Thus, all the financial covenants towards the Russian Olympic Committee in order to lift its suspension have been fulfilled."

The OAR team have now been stripped of their mixed doubles medal, which will be awarded instead to Norway.

Both these developments have followed a meeting here between IOC President Thomas Bach and and Igor Levitin, a Russian Olympic Committee (ROC) vice-president and former Transport Minister who is a close aide of Russian President Vladimir Putin.

Others, though, considered it far more significant.

Hoevertsz, whose implementation panel are due to make a recommendation to the IOC Executive Board before a decision on Saturday (February 24), insists a final decision has not yet been made.

"We are not excluding any options," the Aruba official, also a member of the IOC Executive Board, told reporters here.

"We have not reached a final decision yet.

"We are reaching that moment, but the first ones to find out about that decision is the Executive Board.

"Just have confidence in the process, not just me, it is a whole team effort, there is a lot going on.

"There is a whole team working behind the scenes and they are working very hard.

"We are looking towards the best interests of the IOC and everybody."

The suspension, which meant that Russians have competed neutrally here under the Olympic flag and the OAR team name, is meant to only be lifted if they are ruled to have acted within the "spirit and letter" of the IOC conditions, including adherence to anti-doping rules.

IOC member opinion seems largely to support the view that Russia has complied with these rules, despite the doping failure in curling.

"To take a substance that has no effect in curling, maybe you brush faster I don't know...

"This should not be a decision based on feelings.

"We have an agreement and we will respect and stick to our word, and we will see what happens."

Belgium's Pierre-Olivier Beckers, chair of the IOC Coordination Commission for the Paris 2024 Olympics, insisted that Russia had made some overtures at an apology for the doping regime.

"Apologising in life is always a very good step to moving forward and, by the way, it was my impression that the Russian delegate [IOC member, Shamil Tarpischev] who spoke on the first day of the Session was as close as I have seen to the words of an apology, so I think it is moving in the right direction," he said.

"I don't think they need to cut themselves in four pieces but, yes, opening up is always a great way to create goodwill and a desire to work together.

"This was a bit the spirit I heard on the first day, so I am hopeful that things can move and, from a structural point of view, the proof is in the pudding, but they seem to have made the right decisions."

IOC doyen Richard Pound, an outspoken critic on the way the organisation have handled the crisis, unsurprisingly had a different view when asked if there was likely to be a "fudge or a clear answer?" on Russia.

"I don't think there has been a clear answer on anything since the beginning," he said.