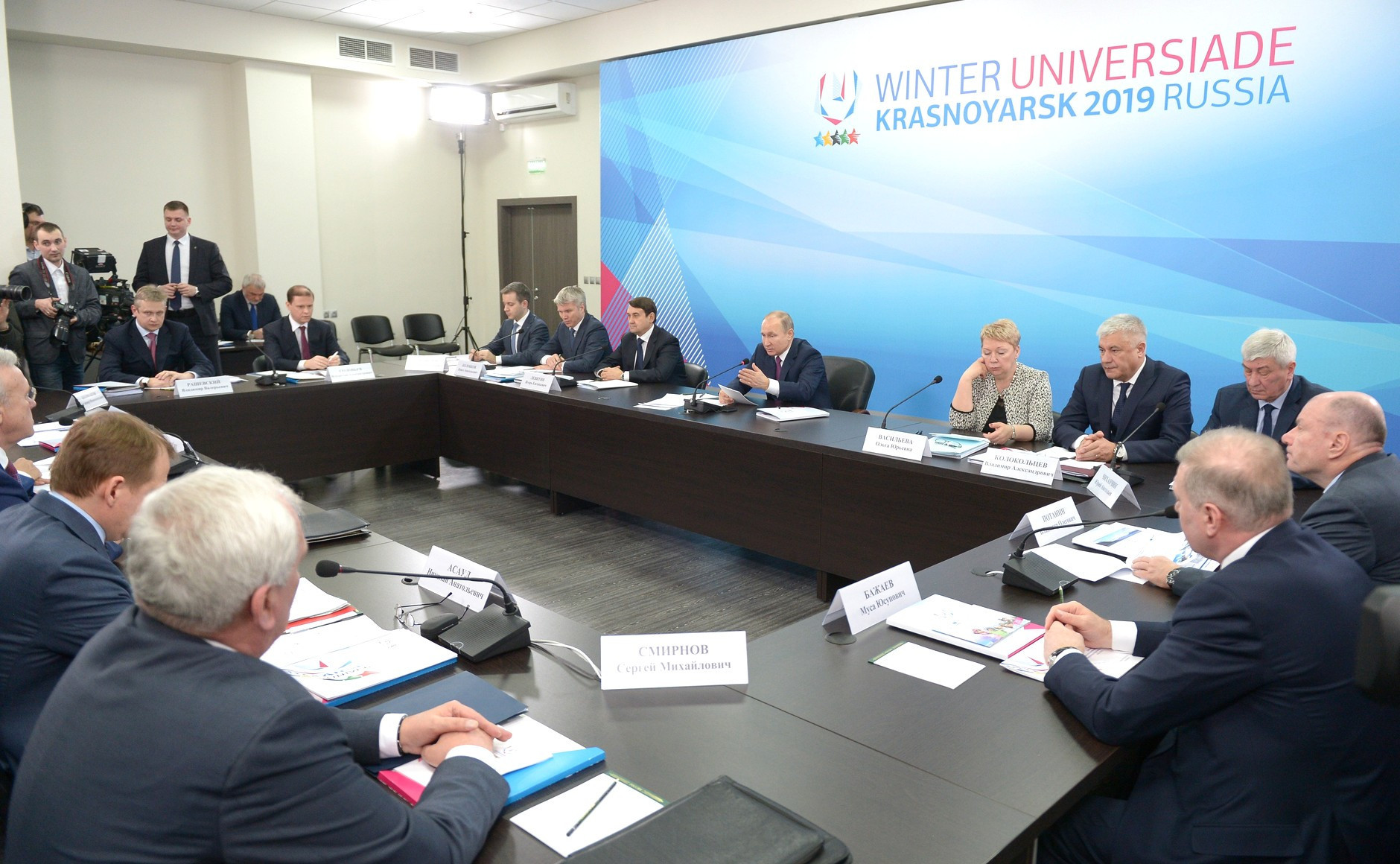 At a meeting with members of the Krasnoyarsk 2019 Organising Committee, Putin said that, on the whole, preparations for the 2019 Winter Universiade were going well.

"We have already seen something here and we are glad that a lot has been done," he said.

"Our general aim is clear - to give world student sport a good and unforgettable present.

"We have excellent experience [of hosting Games].

"In spite of the situation that surrounds Russian sport at the moment, there is no doubt that our country has remained a leader in world sport and a leader in organising major sporting events."

Putin underlined that the final stage of preparations for the Universiade will be the most difficult.

"We have always done them to a high standard [international sporting events], leaving a working legacy of similar events for people who live in the region, in this case, Krasnoyarsk," he said.

"It is necessary to note that the last step will be the most difficult.

"Therefore, we really need to concentrate our attention, efforts, organisation and teamwork on this."

Along with acting Krasnoyarsk Governor Alexander Uss, Putin also visited several venues including the Platinum Arena, which will host the Opening and closing Ceremonies, Sopka, a multi-purpose venue which will host a variety of snowboard events, and the ice hockey arena, where he met several young local skaters.

Additionally, the President said he was impressed with the new passenger terminal, which opened in January, at Krasnoyarsk's international airport.

The 2019 Winter Universiade is scheduled to take place from March 2 to 12.