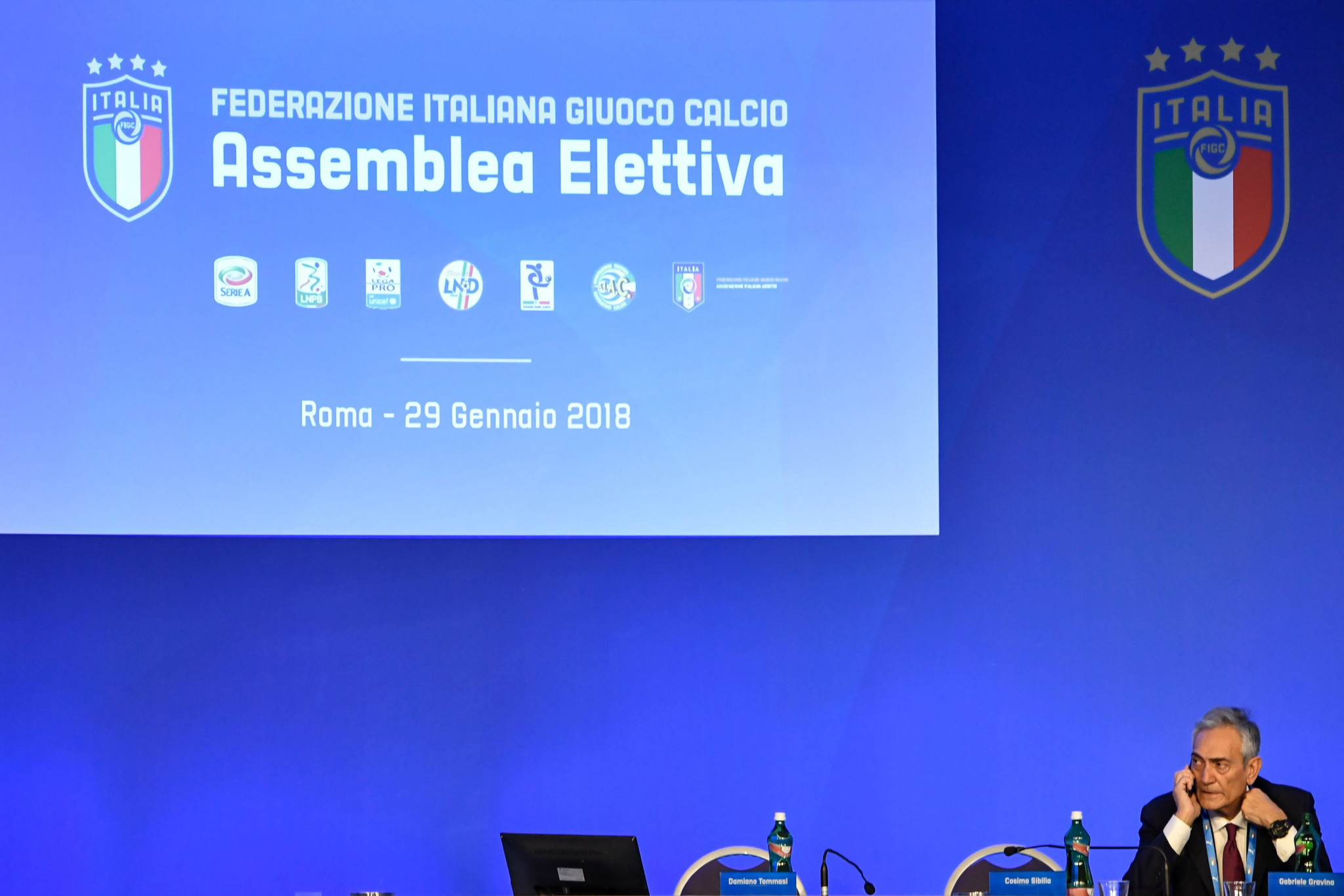 The Italian Football Federation (FIGC) remains embroiled in crisis after an election to decide the new President descended into farce and failed to produce a winner.

The governing body were unable to elect a successor to Carlo Tavecchio after four rounds of voting during a disastrous meeting in Rome.

It has been claimed one of the candidates, Amateur League President Cosimo Sibilia, ordered his supporters to submit blank ballots to prevent rival Gabriele Gravina from victory.

Favourite Gravina, the President of the third-tier Lega Pro division, was pitted against Sibilia in the final round.

Sibilia received just 1.85 per cent but was successful in stopping Gravina, who garnered 39.06 per cent, from receiving the required 50 per cent plus one to be elected.

Blank ballots were the victor in the final round with 59.09 per cent.

A third candidate, Professional Footballers' Association head Damiano Tommasi, dropped out after the third round.

"The assembly failed to produce a result and we have to restart from zero," Pasquale de Lise told Agence France-Presse.

"We spent a beautiful day together."

Before the election had even taken place, Italian National Olympic Committee (CONI) President Giovanni Malagò called for the vote to be postponed for three months as he claimed the conditions were not right for a new President to be chosen.

The result of the controversial ballot could see CONI step in to run the FIGC in what would be a further embarassment for a country which is still reeling from their failure to qualify for this year's World Cup in Russia.

Tavecchio resigned from FIGC after four-time winners Italy failed to book a place at the tournament following a play-off defeat to Sweden.

Malagò had called for Tavecchio to quit as a result.