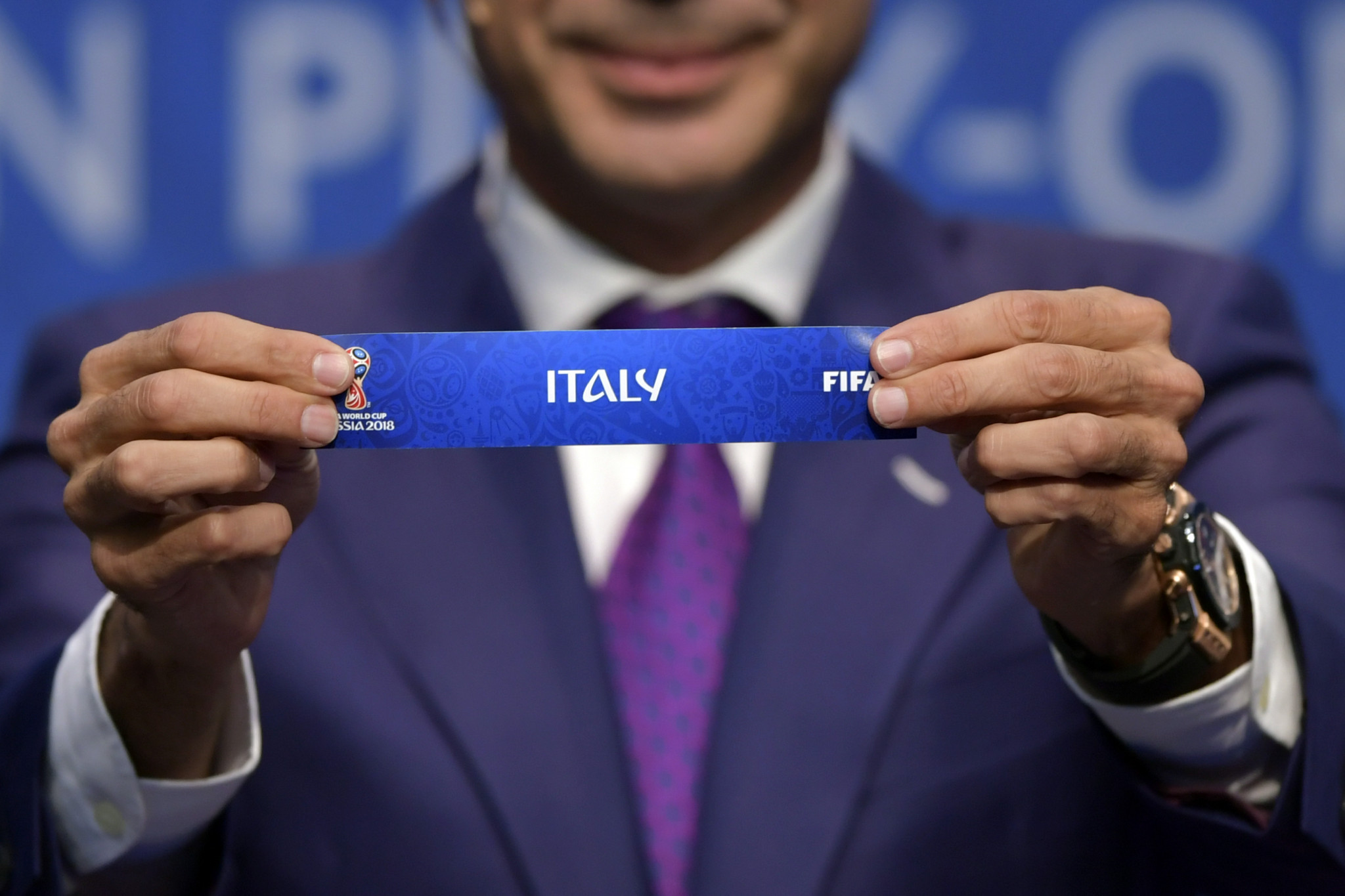 Former champions Italy will play Sweden for a place at the 2018 FIFA World Cup in Russia after the European play-off draw took place in Zurich earlier today.

World Cup winners in Germany in 2006, Italy finished below Spain in the qualification group stage and will now face the Swedes over two legs.

Elsewhere in the play-offs, the Republic of Ireland have been drawn against Denmark.

The Republic of Ireland last reached the finals in 2002 and were cruelly denied a place at the 2010 edition in South Africa.

During a play-off fixture against France, with the match level at 1-1 on aggregate, Thierry Henry used his hand twice to control the ball before delivering a cross to William Gallas, who scored the winner.

Northern Ireland will play Switzerland as they aim to qualify for a first World Cup finals since 1986.

Croatia will meet Greece in the fourth tie.

As well as European play-offs, there will also be two inter-continental ties.

Peru will play New Zealand with the first leg due to be held at the Wellington Regional Stadium on November 11 before the return takes place at the Estadio Nacional of Peru in Lima on November 15.

The other intercontinental play-off will be between Australia and Honduras.

Australia will travel to Honduras for the first leg at the Estadio Olimpico Metropolitano in San Pedro Sula on November 10.

FIFA yesterday revealed the seven nations who will join hosts Russia among the top-seeded countries for the draw for next year's World Cup.

It comes after the publication of the latest rankings, with the top seven teams accompanying Russia as the top-seeded nations.

France have usurped 2010 World Cup winners Spain as the seventh-ranked team to ensure they will be seeded for next year's tournament.