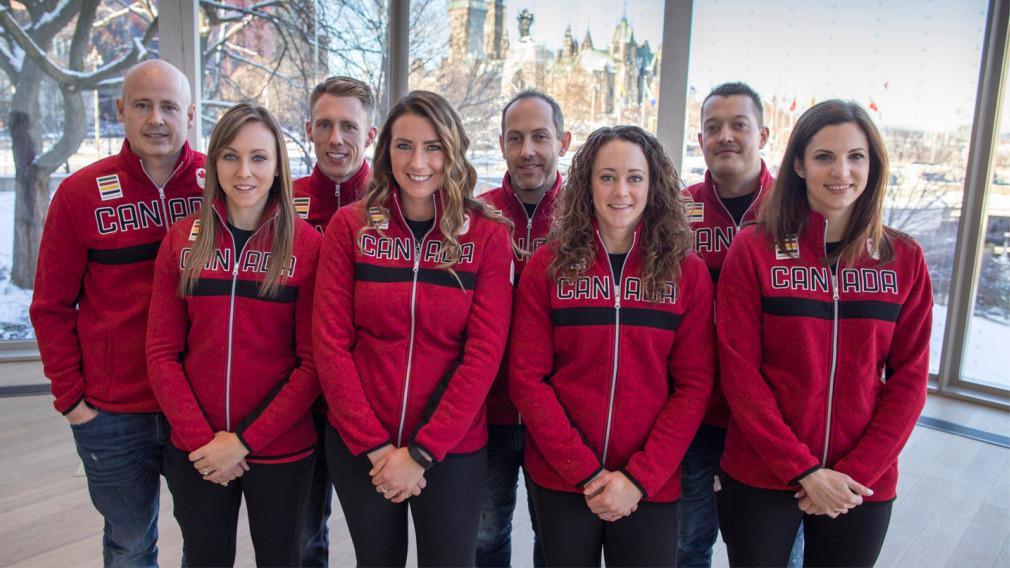 World champion Rachel Homan has been nominated to lead the Canadian women’s curling team at the Pyeongchang 2018 Winter Olympics, it has been announced.

Homan is one of eight athletes and four coaches to have been selected by the Canadian Olympic Committee and Curling Canada to compete at next year’s Games.

She will be joined in the women’s team by Emma Miskew, Joanne Courtney and Lisa Weagle.

The quartet combined to impressive effect at the 2017 World Women’s Curling Championships, where they beat Russia 8-3 in the gold medal match.

It followed an unbeaten streak of 13 matches at the Championships in Beijing, which took place in March.

They will now hope to successfully defend the Olympic title Canada earned back at Sochi 2014.

“This is a dream come true, to be able to curl at the Olympic Winter Games and continue Canada’s tradition of excellence,” said Homan.

“We know that wearing a maple leaf at a curling event is like wearing a target.

“But with the support of our country’s amazing curling fans, as well as being part of the Canadian Olympic Team with such a talented group of athletes, we feel like we will be prepared for anything when we arrive in Pyeongchang.”

Canada will also seek to defend their men’s title at Pyeongchang 2018, with their team set to be led by skip Kevin Koe.

Koe has skipped teams to gold at the 2010 and 2016 World Curling Championships, while he has also won three national titles.

Their coach John Dunn will join national men’s team coach Rick Lang in helping the squad at the Games.

Curling Canada state the teams were selected based on their wins at their curling trials held at the Canadian Tire Centre in Ottawa.

They will now compete at the World Financial Group Continental Cup in London, Ontario, next month.

The competition will take place from January 11 to 14.

They will then compete at Pyeongchang 2018 between February 14 to 25, with Olympic competition taking place at the Gangneung Curling Centre.

Canada has dominated the sport since its return to the Olympic program at Nagano 1998, with the country securing 10 medals.

They have achieved a podium finish in every men’s and women’s event since, with the highlight being the double gold at Sochi 2014.

Curling Canada state the teams’ alternate players will be nominated at a later date.

Their mixed doubles curling team is set to be chosen following trials in Portage la Prairie, Manitoba, from January 2 to 7.