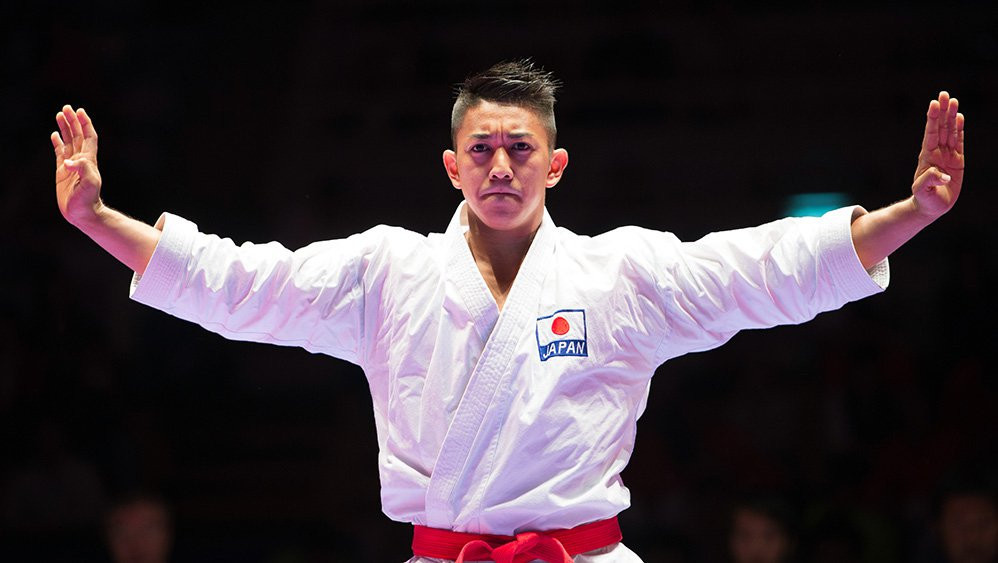 Japanese star Ryo Kiyuna clinched his seventh gold medal of the season as he produced another superb display in the men's kata event at the Karate 1-Series A competition in Okinawa.

Kiyuna ensured he ended the year as the top-ranked karateka in the kata discipline at the final major event of the campaign at the Okinawa Prefectural Budokan.

It completed a remarkable run from the Japanese athlete, who delighted the home crowd at the iconic venue by securing his seventh triumph from the seven events he has competed at during the 2017 season.

Kiyuna returned to the top of the podium with a comfortable win over Emre Goktas of Turkey in the final.

The two bronze medals in the category were claimed by athletes from the host nation as Arata Kinjo and Issei Shimbaba both finished third.

It proved to be another successful day for the hosts as reigning world champion Kiyou Shimizu justified her billing as the pre-event favourite by sealing the women's kata gold medal.

Shimuzu recorded her fifth win from six events this campaign after she beat compatriot Hikaru Ono 5-0 in an all-Japanese final.

Sandra Sanchez of Spain, who has seven crowns from seven competitions in 2017, saw her winning streak come to an end as she was forced to settle for bronze along with Emiri Iwamoto of Japan.

Japan will also be in the mix in the team kata finals, allowing Kiyuna and Shimuzy the chance to add to their individual tallies.

Finals across the kumite weight categories are also scheduled to take place when the event comes to a close tomorrow.