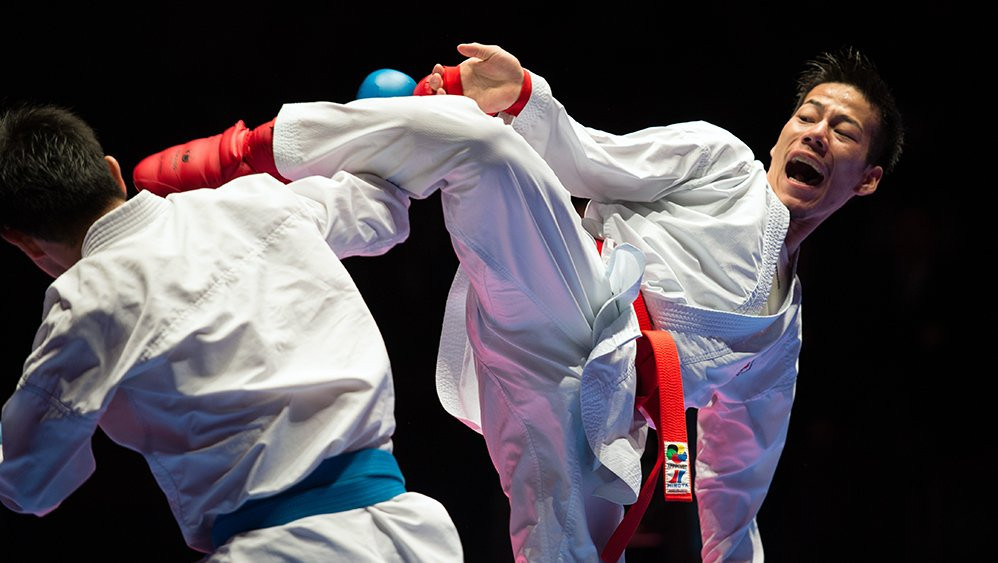 Around 800 athletes spanning 67 nations are set to compete at the season-ending Karate 1-Series A event in Okinawa this weekend.

The competition at the Okinawa Prefectural Budokan, the final major karate event of the year, has attracted a strong field.

The event is due to start tomorrow and conclude on Sunday (November 26).

The Japanese athlete can overtake Quintero as the top-ranked kata competitor with victory in Okinawa as less than 400 points separate them in the standings.

Kiyou Shimizu, the reigning world champion, is among the favourites in the women's kata tournament.

Shimizu is aiming for a fourth gold medal from five events this season.

It is set to be an intriguing battle for the final title of the campaign as Sandra Sanchez of Spain, who has seven crowns from seven competitions in 2017, has also entered the event.

Ryutaro Araga and Ayumi Uekusa will also be hoping to cap the year off with a gold medal for the host nation in the Japanese city.

In kumite, Rafael Aghayev of Azerbaijan is due to compete in the men's under-75 kilograms event, while Sajad Ganjzadeh of Iran bids for glory at over 84kg.

In the women's events, Italian karateka Sara Cardin will be among the favourites at under-55kg and Ukraine's grand winner Anzhelika Terliuga is in action in the same category.