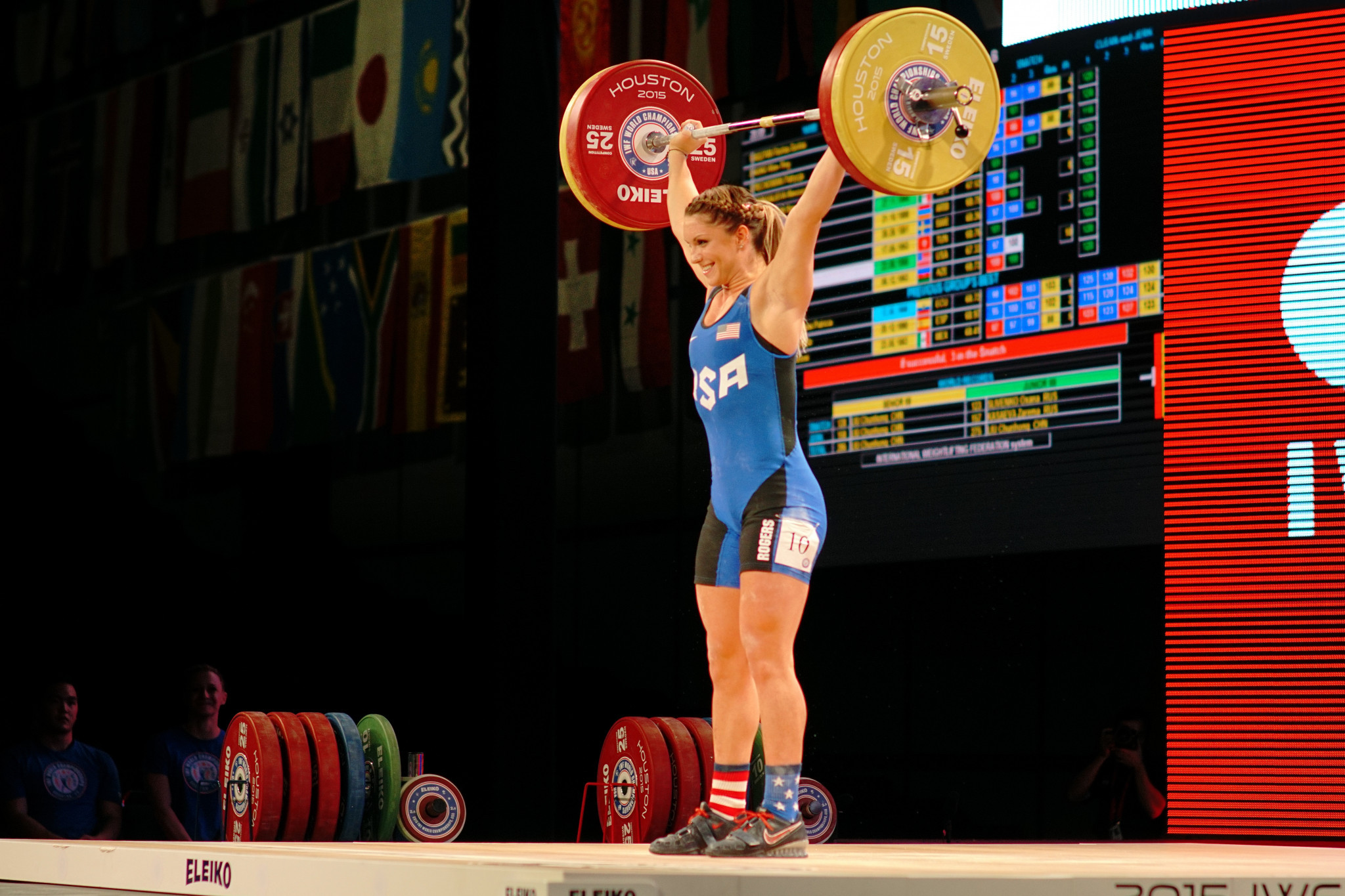 Mattie Rogers, the world’s most popular weightlifter on social media, is among seven contenders who could give the United States its best World Championships medal haul in decades.

The Americans rate four of their athletes as potential gold medallists in Anaheim, California, following an assessment of entries for the International Weightlifting Federation’s (IWF) flagship event, which runs from November 28 until December 5.

America have not had a world champion, male or female, since 1969 or 1994, respectively.

Rogers, 22, a former cheerleader and gymnast, has improved since finishing second to Colombia’s Leidy Solis in the 69kg class at the Pan American Championships in Miami in July.

She has nearly half a million followers on Instagram, far more than any other weightlifter.

“Mattie is very active on Instagram. She is the most popular weightlifter in the world on social media, and that’s because of her personality, which comes across in her posts. The more eyes on the sport the better.”

The highest-ranked American contenders are Sarah Robles, an Olympic bronze medallist in Rio, in the women’s super-heavyweights, and teenager Clarence ‘CJ’ Cummings in the men’s 69kg.

Cummings, 17, has already won four world titles – two each at Youth and Junior level – and goes into his first senior Championships in good form.

He has ground to make up in the snatch but is formidable in the clean and jerk, and is the best young American prospect in many years.

Other American male prospects are 77kg lifter Harrison Maurus, another 17-year-old who excels in the clean and jerk, and snatch specialist Colin Burns in the 94kg.

Jenny Arthur, in the women’s 75kg, is a leading contender, while the seventh home lifter with a chance is Caitlin Hogan in the 53kg.

The World Championships will be televised live in the United States and will be shown in more than 100 other countries despite the absence of most of the strongest weightlifting nations.

Nine nations, including China and Russia, are banned for multiple doping offences, while North Korea, which had the most top-ranked athletes across the weight categories, did not enter for political reasons.

“We are excited about our prospects in Anaheim, reflective of our continued rise in world weightlifting,” said Andrews.

“Our athletes have consistently made higher totals in the past few years, and the possibility of our first senior World Championships medals in many years has given us great encouragement.

“Only last week we won 30 medals at the Youth Pan American Championships in Colombia, and we broke our records for medals, both male and female, at the senior Pan Ams in Miami in July.

“There is still much work to be done, but the future looks good for the sport in the United States.”

Nearly half of all athletes ranked in the top 10 across all weight divisions will be absent from Anaheim, as will eight Olympic champions and 13 of the 15 winners at the 2015 World Championships.

“We recognise that some are, rightly, paying the penalty for their use of doping as federations, as opposed to individual athletes, but this is still a very competitive Worlds with top nations such as Iran, Colombia, Georgia and Thailand coming,” said Andrews.

“Statistically speaking, even with everyone there CJ Cummings, Sarah Robles and Colin Burns would still be expected to be in contention.”

The Americans have not had a male on the World Championships podium since Wes Barnett – who later became president of USAW and worked for the United States Olympic Committee - finished third in the now defunct 108kg class in 1997.

Not since 1969, when Joe Dube and Bob Bednarski won the two heaviest weight categories, has there been a male American world champion.

The last female medallist was Cheryl Haworth, who won super-heavyweight bronze in 2005, and the last world champion was Robin Byrd 23 years ago.

There was more good news for USAW today (Thur) when participation numbers for the American Open Series set a world record.

The 600-plus entries for the final event, to be held in Anaheim a few days after the IWF World Championships from December 7-10, took the total for the four-part American Open Series beyond 2,700 – more than any competition in the history of weightlifting.

The man credited by USAW for making it all happen is Pedro Meloni, their senior events manager who was recruited after ending his stint as weightlifting competition manager at the Rio Olympics.

Brazilian Meloni - who was praised for his “excellent job” in Rio by Tamas Ajan, president of the IWF - said, “It’s been a crazy year managing so many athletes and so many major events. But it’s a good crazy.”

“It also allowed us to hold more events, in more regions of the country, to expand the presence of our sport in the United States.”

The Series started in Reno, Nevada, in March, moved on to Miami immediately after the Pan American Championships in July, then headed to Grand Rapids, Michigan in September.

Andrews said, “Pedro has done a phenomenal job of taking this idea of a weightlifting competition series and turning it into something special.”