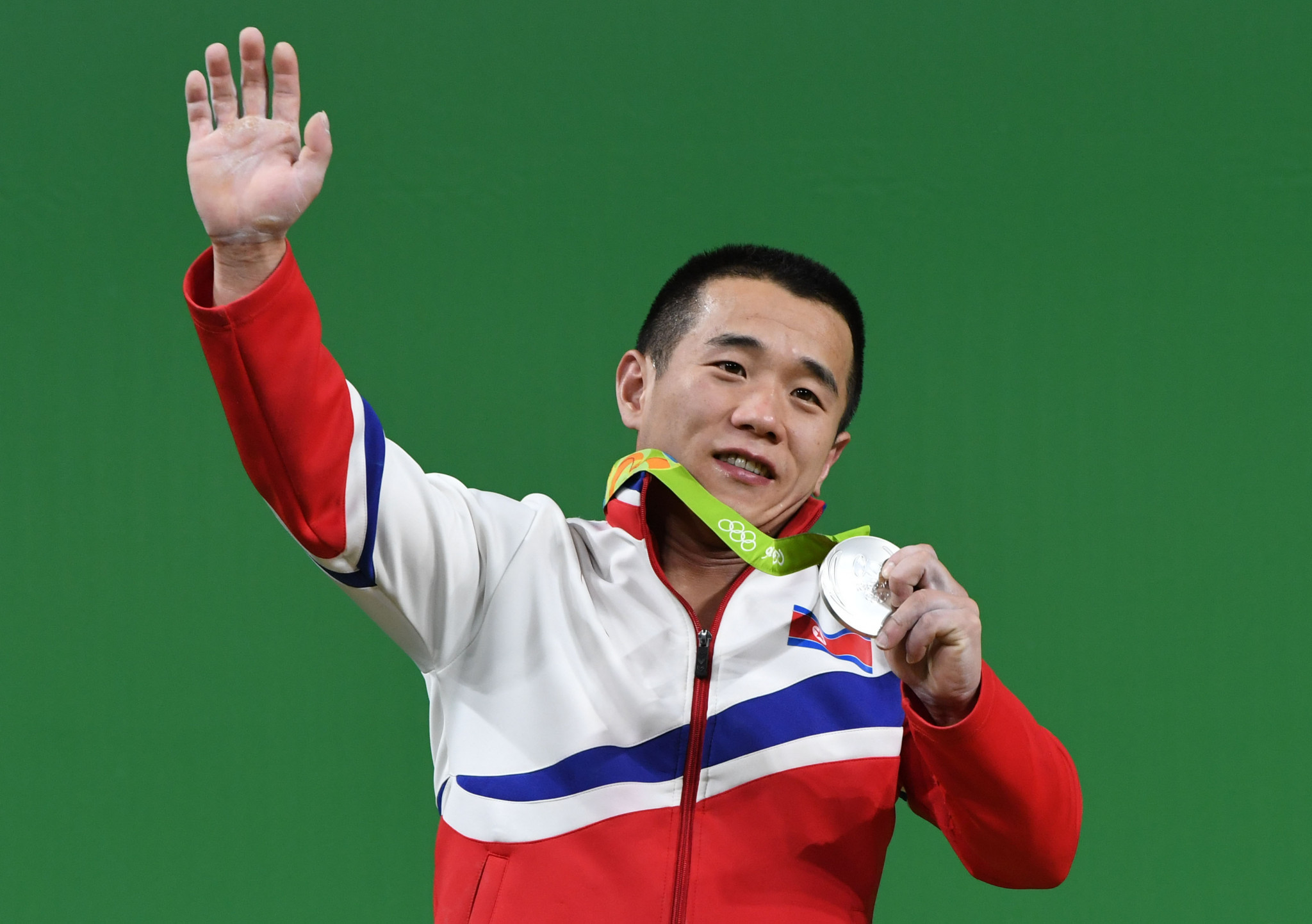 Donald Trump's least favourite nation is all set to register the biggest sporting triumph in its 69-year existence - in the United States.

North Korea stands to gain more than any other nation by the exclusion of many of the world's top weightlifters from the 2017 International Weightlifting Federation (IWF) World Championships.

Those Championships will be hosted by the Americans in Anaheim, California, from November 28 until December 5.

Nine of the sport's top nations will be missing after a decision by the IWF Executive Board to implement bans that have been hanging over them for 15 months.

China, which has finished top of the medals table at the World Championships or Olympics 19 times in the past 20 years, will not be there.

Across all the bodyweight categories for men and women, China has 29 athletes in the top 10 of the current world rankings.

Also missing will be Russia, which pipped China at the 2001 World Championships, Kazakhstan, Armenia, Moldova, Azerbaijan, Belarus, Ukraine and Turkey.

All those nations have been banned for a year from mid-October for having three or more positives in the retesting of doping samples from the 2008 and 2012 Olympic Games.

With athletes from those nine nations absent, North Korea will be very strong favourites to finish top of the medals table for the first time and register their best performance in any sport at global level.

North Korea excelled at the recent Summer Universiade in Taipei, and has five women and two men at the top of the rankings after athletes from the banned nine are discounted.

With China absent, Om Yun Chol, in the men's 56 kilograms, will be one of the hottest favourites in Anaheim, while in the men's 69kg the top two in the revised rankings are North Korean.

Women's favourites include Rim Jong Sim in the 75kg, in which event she famously and tearfully finished second in the 2015 IWF World Championships in Houston despite a serious injury.

The biggest challenge for North Korea could be getting their visas, after President Trump's recent travel ban.

However, for an international sporting event the restrictions should be waived.

Phil Andrews, chief executive of USA Weightlifting, said: "We look forward to welcoming DPR Korea, one of the top teams in the sport, to Anaheim.

"The Organising Committee is working diligently with colleagues at the US Olympic Committee Government Relations department to ensure full participation of all eligible nations in Anaheim, and we do anticipate their participation."

Two women from the US are in the revised top three of the rankings, Sarah Robles in the super-heavyweights and Mattie Rogers - the most popular weightlifter in the world by virtue of her near half a million followers on social media - in the 69kg.

There will also be medal contenders from nations that would not normally be thinking of a place on the podium, such as Tunisia, Turkmenistan, Iraq and Cuba.

Colombia will be contenders for gold through Leidy Solis in the women's 69kg and the exceptional 18-year-old Yeison Lopez in the men's 77kg.