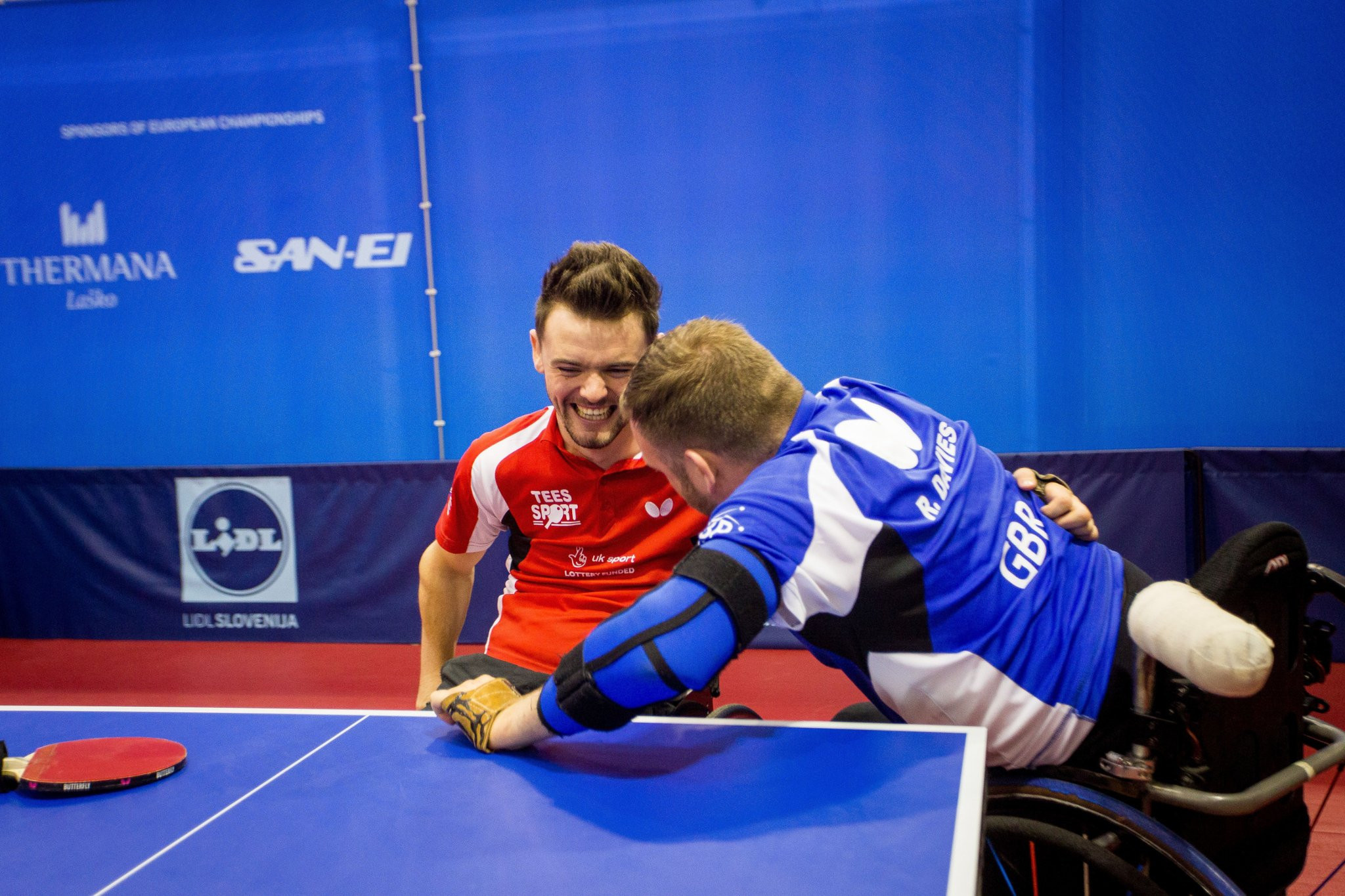 Davies led a British clean sweep of the medals in his division with Tom Matthews taking silver and Paul Davies bronze at the Sports hall Tri Lilije in Laško.

In the semi-final Rob Davies met compatriot Paul Davies in a repeat of their European Championships final in 2013.

He then had to take on another fellow Welshman in Matthews in the final and used all his experience to close out the match 11-7, 11-4, 11-9 to secure a third consecutive European title.

“The World Championships title next year would be nice.

"That is definitely my aim – I didn’t think I would be in the finals here to be honest but I’ve done it, dug deep and battled through every match and got there."

Kelly Van Zon of The Netherlands, who also struck gold in Rio de Janeiro last summer, did not fare as well as the other Paralympic champions.