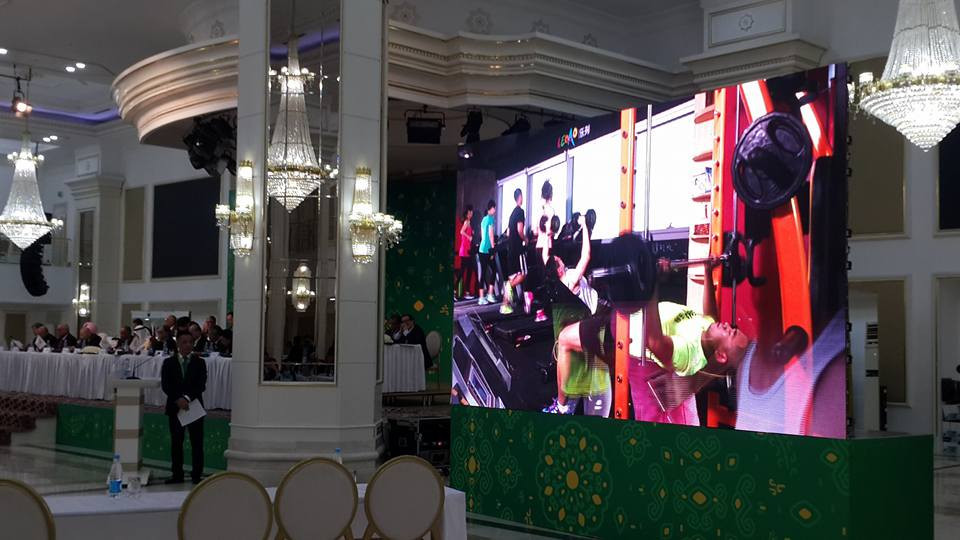 Organisers of the 2022 Asian Games in Hangzhou have promised an event of the "highest possible standards" during a progress report here at the Olympic Council of Asia (OCA) General Assembly.

Hangzhou was chosen by acclamation to host the event at the 2015 OCA General Assembly, which was also held in Turkmenistan’s capital.

The city will become the first Chinese host of the continent's showpiece event since Guangzhou in 2010, and the third overall following Beijing in 1990.

They have agreed with the principle of launching a "green, smart, economical and civilised" Games, based on the foundations set by Incheon 2014.

Jianfeng Xu, Hangzhou 2022's deputy director of international relations, confirmed the sport programme and venue plan have been proposed and that a site has been selected for the Athletes' Village.

He also claimed the main stadium will be completed by the end of this year, as will all the planning for the Athletes' Village and general construction.

"We are convinced that with your support and your guidance, and through the experiences of host cities of major sports Games in Asia, we will stay focused and spare no effort in preparations," Xu said at the General Assembly, which is being held on the sidelines of the 2017 Asian Indoor and Martial Arts Games.

"We assure you it will meet the highest possible standards in staging a special edition of the Asian Games with Chinese grandeur, Asian style and a Hangzhou flavour.

"The Hangzhou Asian Games will be fabulous, successful and inspiring."

OCA President Sheikh Ahmad Al-Fahad Al-Sabah said he is encouraged by preparations for the Games in five years' time.

"I have been visiting the city," he said.

"I saw the Organising Committee, the whole department, has not only been established but is also chaired by CEOs which gives us a good, comfortable situation.

"Also, during the National Games of China, I had the honour to meet the President of the People's Republic of China (Xi Jinping) and he assured me that the city will have the Government's and Central Government's support for success.

"For that, many thanks to the city, the officials, the sport authorities, the NOCs (National Olympic Committees) for what you are doing for the preparations of our 19th Asian Games."

Jakarta and Palembang in Indonesia are scheduled to host the next edition of the Asian Games in 2018.

Officials insisted yesterday that there had been good progress regarding the construction of venues and the Athletes' Village and promised all would be ready by the deadline of April.

But concerns were raised by OCA honorary life vice-president Wei Jizhong over facilities meeting the minimum standards of International Federations, as well as on training facilities and volunteer programmes.