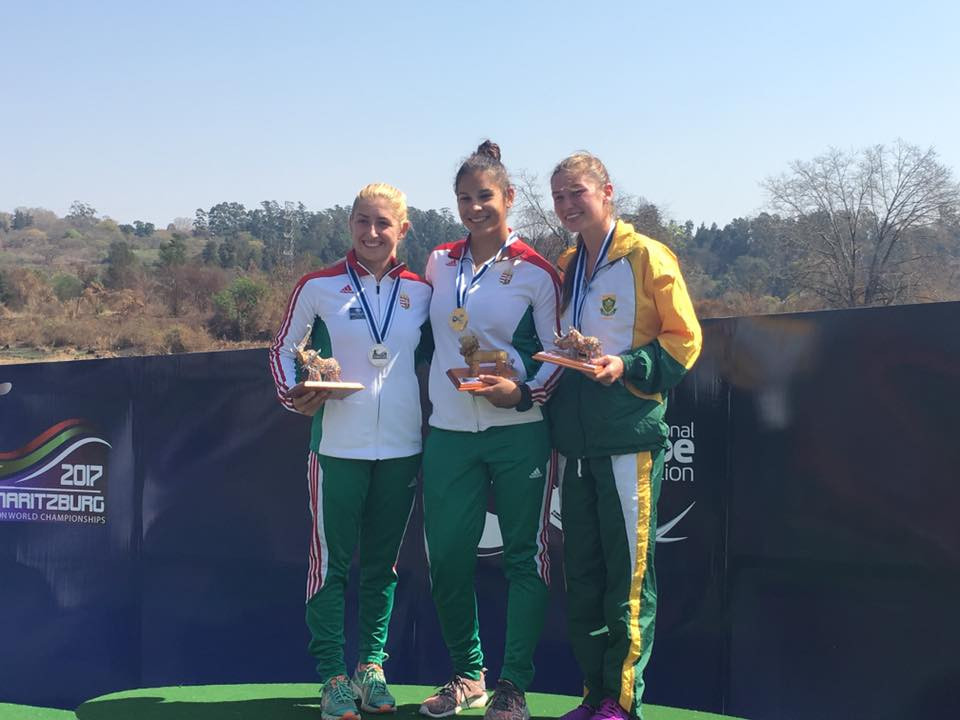 In the opening race of the Championships at Natal Canoe Club, the junior women’s K1, the Hungarian duo of Zsóka Csikós and Dorina Fekete secured a one-two.

The duo set the tone for the day when they broke away on the first lap and were soon out of sight.

After working together to open a significant lead, Csikós proved too strong at the finish as she crossed the line in 1 hour 35min 45.39sec.

Fekete could not match her compatriot in the final sprint and took second in 1:35:45.95.

South Africa's Christie Mackenzie rounded out the podium in home water in 1:37:30.

The Hungarian success was followed up by an identical result for their compatriots Sára Anna Mihalik and Zsófia Czéllai-Vörös in the under-23 women’s K1 race.

Czéllai-Vörös and Mihalik came off the first portage with a lead and the duo began to work as a team to cement their advantage.

With around 500 metres remaining though, Mihalik powered away to clinch victory in 1:49:43.12.

Sebestyén Simon and Balázs Adolf dominated from the start but, when Adolf increased the tempo with 200m to go, his compatriot had no answer.

In the final event of the day, the junior men's K1, yet another Hungarian one-two appeared to be on the cards when Ádám Varga and István Lukács set off at pace.

Varga was in dominant form and raced away on the third lap of six for a convincing win in 1:41:35.66.

Lukács, however, dropped back to form a three-man group with Briton Charlie Smith and South African Sifiso Masina to fight for the silver and bronze medals.

Junior competition will conclude tomorrow, with senior action set to provide the focus on the weekend.

The C1 and K1 races for both men and women will take place on Saturday (September 9), with the C2 and K2 races being held the following day.