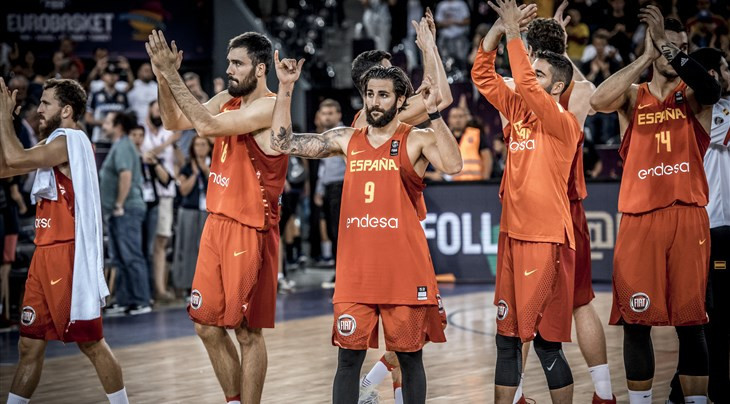 Spain overcame Croatia in a battle between two unbeaten teams today in Group C of EuroBasket in Cluj-Napoca.

The Spaniards claimed their 674th win in men's basketball history after edging clear in the final stages at Polyvalent Hall.

They eventually triumphed 79-73 to claim their fourth win from four games.

Croatia, given hope by 18 points from Dario Saric, are still very likely to progress.

Slovenia are the only other team currently on four wins from four as they romped past Iceland 102-75 in Group A at the Hartwall Arena in Helsinki.

Finland also guaranteed qualification with an 89-77 success against Greece.

Lithuania and Germany each guaranteed their progression from Group B with their third wins in Tel Aviv.

Lithuania romped past Ukraine 94-64 before Germany saw off Italy 61-55 at the Menora Mivtachim Arena.

Georgia required overtime to beat hosts Israel 104-91 in the other encounter.

In Group D, Russia suffered their first defeat of the competition at the Ülker Sports Arena in Istanbul as they lost 84-69 to Latvia.

Great Britain were eliminated after an 82-68 defeat to Serbia.