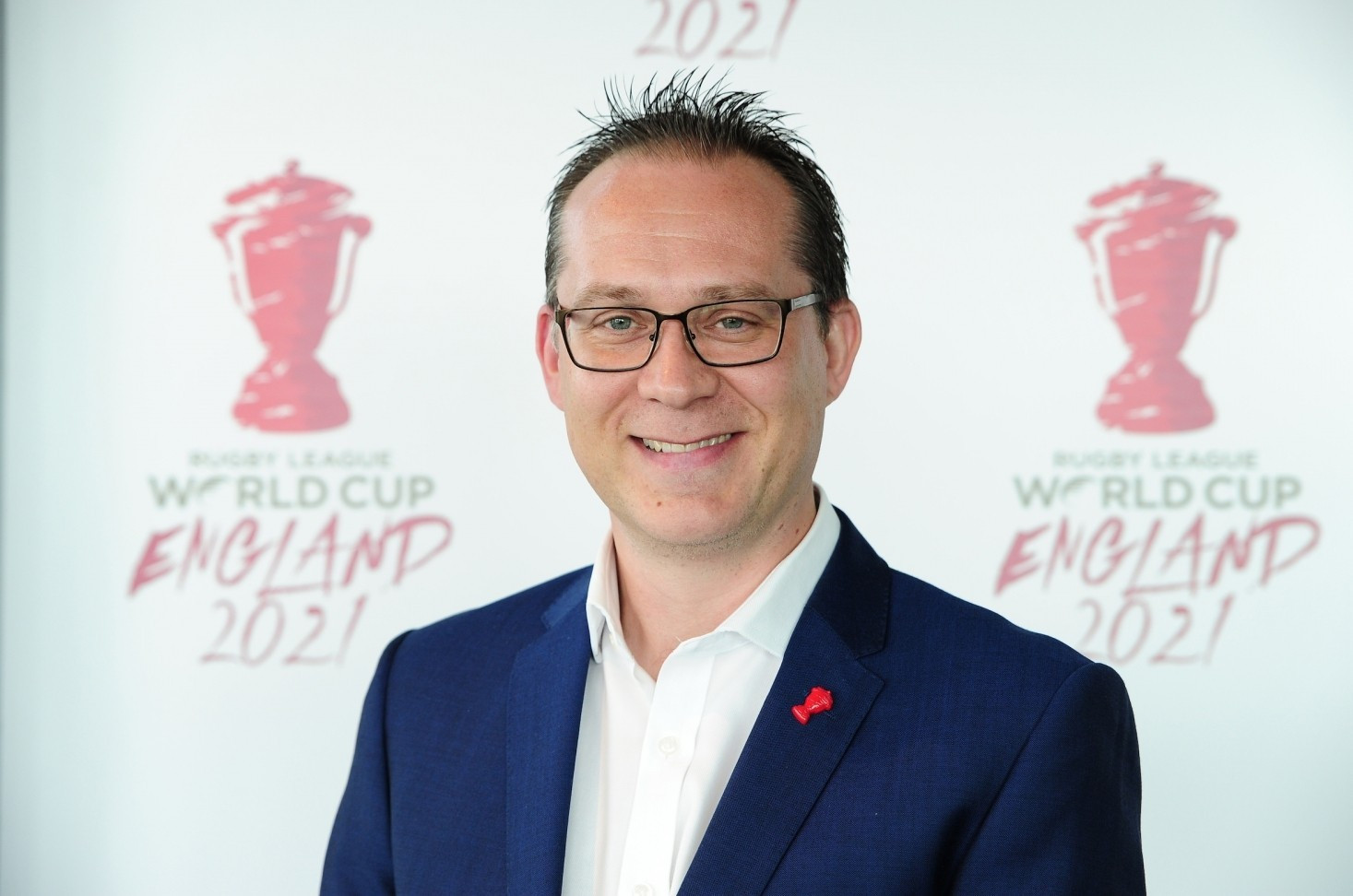 Jon Dutton has been appointed chief executive of the 2021 Rugby League World Cup in England.

The 44-year-old is due to start his new role in February 2018, leaving his current post as Rugby Football League director of projects and people.

Dutton had led the bid for the tournament awarded to England last year by the Rugby League International Federation (RILF) ahead of Canada.

He has previously worked for organisations that include the PGA European Tour and UEFA and was the operations director for the 2013 Rugby League World Cup in England and Wales.

More recently he was director of readiness for the Tour de France Grand Depart in 2014 and tournament director for the Ladbrokes Four Nations tournament in 2016.

Later this year Jon will act as the RILF tournament commissioner for the Rugby League World Cup in Australia, New Zealand and Papua New Guinea.

"As a lifelong Rugby League fan who has grown up watching the sport, I am privileged to have been given the opportunity to lead the team that will deliver the 2021 Rugby League World Cup," said Dutton.

"Working on the 2013 World Cup provided me with tremendous experience and insight into how to host a successful tournament but the scope and scale of the 2021 Rugby League World Cup will provide completely different challenges and opportunities and I am excited to take these on in the coming years.

"Rugby League is one of the greatest sports in the world and I am determined that we will deliver a World Cup that this country and every sports fan in the UK will be proud of.

"We have an outstanding opportunity to deliver something brilliant for this sport and I am confident we will do so."

The 2021 Rugby League World Cup is due to feature 16 teams for the first time playing 31 matches.

Seven teams will qualify from Europe, six from Asia Pacific, two from the Americas and one from a play-off series hosted in the Middle East/Africa.

The quarter-finalists in the 2017 Rugby League World Cup will automatically qualify.

There are initially 15 venues shortlisted which will be finalised to 12 for the tournament.

Venues could include Wembley Stadium and the Olympic Stadium in London, Old Trafford and the Etihad Stadium in Manchester and Anfield in Liverpool.

"We had considerable interest in the role but Jon was without doubt the outstanding candidate," Nigel Wood, chairman of the 2021 Rugby League World Cup, said.

"He has a wealth of experience and knowledge and has worked at some of the biggest sporting events and organisations in the world.

"He was also an integral figure in ensuring the outstanding delivery of the 2013 Rugby League World Cup and in securing the rights to host the tournament again in 2021.

"Jon outlined his vision for the 2021 tournament and we are all confident that he will deliver on this and that England will host the biggest and best Rugby League World Cup in the history of the competition."