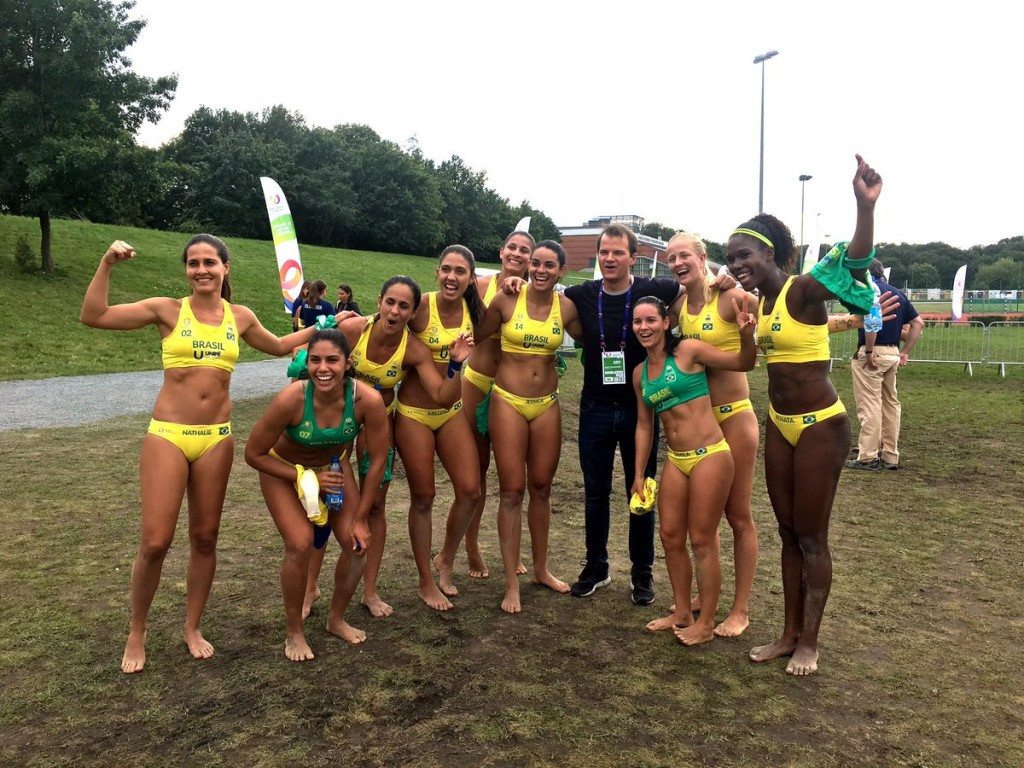 Brazil claimed a sensational beach handball double on the penultimate day of competition at the Wrocław 2017 World Games.

The South American country retained both their men's and women's gold medals from Cali 2013 at Marsowe Fields.

A penalty shootout was required in the men's final after Croatia took the opening set before the Brazilians fought back to claim a tie.

Brazil’s Diogo Vieira was the hero as he produced a stunning save in the shootout to secure the title 9-8.

The women's final proved to be less tense.

Brazil eased to a 2-0 win over Argentina to claim back-to-back gold medals.

Qatar defeated Hungary 2-1 to win the men's bronze medal while Spain sealed third place in the women's event after beating Norway by the same scoreline.

The inline hockey tournament also concluded today with the Czech Republic sealing the title at the Swidnica Sports and Recreation Centre.

They comfortably defeated France 5-1 in the final following two goals from Patrik Sebek and strikes from Tomas Rubes, Michal Simo and Robin Maly.

Maxime Langlois scored a consolation for the French, but it proved to be of little significance.

Two sets of medals were also awarded in tug of war.

Chinese Taipei defeated rivals China 3-0 in the final of the women's indoor 540 kilograms final at the city's University of Physical Education.

South Africa brushed aside The Netherlands 3-0 to seal the bronze.

Switzerland claimed the men's outdoor 700kg gold at Marsowe Fields after thrashing their Dutch opponents 3-0 in the final.

Bronze was won by Great Britain after they coasted to a 3-0 win over Belgium.