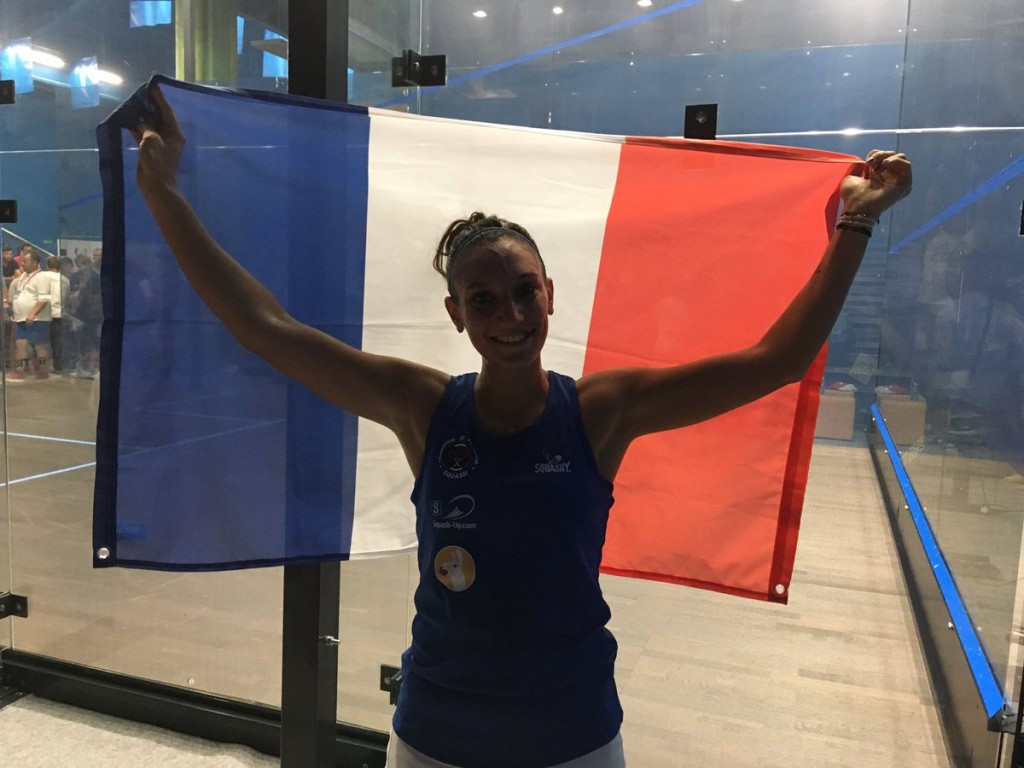 Serme won bronze in Cali four years ago and has since moved up to third in the world rankings and won the British Open, US Open and the Tournament of Champions.

Top seed in the men's event, Simon Rosner of Germany, lived up to his pre-tournament favourite tag by winning gold.

There was a busy day of jiu-jitsu action with no less than 12 gold medals awarded at the GEM Sports Complex.

Titles were split between 11 nations but France managed to claim a double, including the first of the night.

Severine Nebie Atio then doubled France's tally for the evening when she beat Italian Annalisa Cavarretta to take the women's 62kg fighting crown.

There could have been three more gold medals for the French but they were forced to settle for silvers.

There was delight for the host nation in the men's 62kg ne-waza event as Jedrzej Loska overcame Jairo Alejandro Viviescas Ortiz of Colombia.

Viviescas Ortiz then had to settle for silver once again after falling to Ukrainian Bohdan Mochulskyi in the men's 62kg fighting final.

Ilke Kubilay Bulut of Switzerland then prevented Belgium from winning a second gold in as many bouts as he defeated Wim Deputter to win men's 77kg ne-waza honours.

The final individual title of the night went to Faisal Alketbi of the United Arab Emirates.

He saw off Hungary's Kristof Szucs to win the men's 94kg ne-waza gold.

Hungary's Istvan Kakas claimed the men's barebow title after beating John Demmer III of the United States 54-51 in the final.

Her score of 49 in the final sealed gold after her opponent, Sweden's Lina Bjorklund, could only manage a 45.

Colombia secured a 1-2 in the salsa final with Yinessa Ortega and Stevens Rebolledo taking gold with a score of 37.54 points.

Compatriots Adriana Avila and Yefersson Benjumea finished narrowly behind in second on 37.21 while Italian duo Simone Sanfilippo and Serena Maso completing the podium on 36.04.

They posted a score of 38.75 to finish top of the standings.