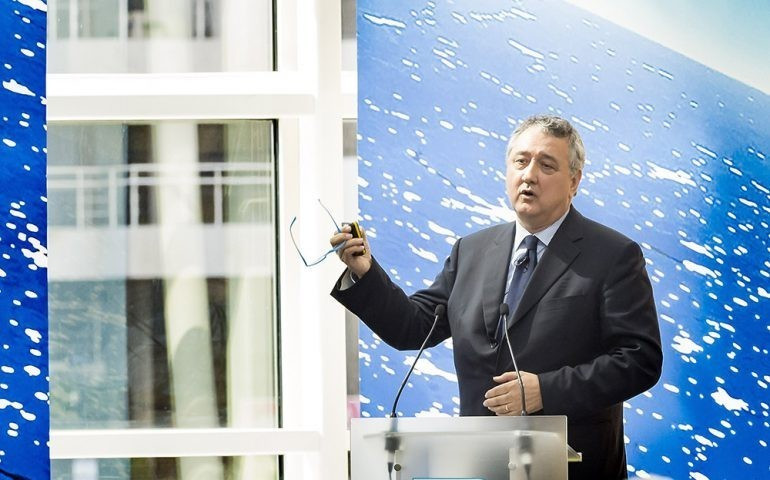 Paolo Barelli is considering an appeal to the Swiss Federal Tribunal against a decision by the Court of Arbitration for Sport (CAS) to dismiss two appeals against the International Swimming Federation (FINA).

The 63-year-old Italian, the honorary secretary of FINA, had both cases thrown out by the CAS and was ordered to pay the Lausanne-based Court's legal fees.

He may now take his case to Switzerland's highest court.

"I am considering whether to appeal the CAS decision to the Swiss Federal Tribunal," Barelli, a Roman Senator and former Olympic swimmer, told insidethegames.

"FINA cannot be allowed to be both the ‘judge’ and the ‘jury’ in circumstances where there are serious complaints raised concerning breaches of the FINA Code of Ethics, particularly when the allegations relate to its own senior officials."

Barelli had taken FINA to CAS over alleged interference last year's elections for European Swimming League (LEN), where he beat Dutchman Erik van Heijningen by 50 votes to retain his position as President.

Barelli had alleged that FINA first vice-president Husain Al-Musallam had tried to get voters to back van Heijningen.

He also claimed that FINA vice-president Dale Neuburger, a director of Lausanne-based TSE Consulting, who work for the governing body, should not have been involved in van Heijningen's campaign as it was a conflict of interest.

Barelli is standing against current President Julio Maglione at the FINA election due to take place during its Congress in Budapest on July 22.

In his manifesto, Barelli has promised the introduction of "drastic measures to the FINA Code of Ethics to ensure that any type of conflict of interest within FINA is avoided and this shall be carried out to ensure that transparency is guaranteed at all times".

"The decisions I was appealing to the CAS concerned unsatisfactory determinations of complaints, against senior officials within FINA, which included allegations of serious breaches of the FINA Code of Ethics," Barelli told insidethegames.

"Unfortunately, the CAS was unable to find grounds within the FINA constitutional framework to allow me to pursue my appeals further to the merits assessment stage.

"This is disappointing, and concerning, as it suggests that no one can challenge a decision taken by FINA to dismiss - or even refuse to consider - a complaint based on breaches of the FINA Code of Ethics.

"After failing with its attempts to stifle my appeals, with arguments alleging that the CAS did not have jurisdiction to hear the appeals,

"FINA continued with its quest to stop the appeals at the preliminary procedural stages.

"FINA has now been successful in stopping the appeals, through its arguments relating to my lack of technical and legal standing to bring the appeals, and the decisions which I challenged will now not be subject to an independent merits assessment.

"As set out in my manifesto, one of the fundamental seven drivers for change which I propose is that I will strive for increased good governance and enhanced transparency within FINA, particularly at the senior administrative levels.

"Given the nature of the allegations made in the complaints, concerning the conduct of Mr Husain Al Musallam and Mr Dale Neuburger, I am not prepared to allow FINA to supress those complaints and avoid undertaking a fair, transparent, impartial and procedurally correct assessment of those complaints.

"This was - and remains - the key motivation behind my appeals to the CAS."

Barelli added: "Within its written decision, the CAS comments that the motives behind the appeals are 'noble causes' but that such virtuous motivations do not, on their own, provide a technical and legal standing to bring the appeals.

"It is unfortunate and disappointing that FINA has sought to stifle my appeals based on procedural technicalities, rather than allow an independent arbitration panel to examine decisions of a world governing body which include allegations of breaches of ethics principles by its own senior officials.

"The obvious lack of accountability and transparency at the senior levels of FINA, exacerbated by constitutional uncertainty, are concerning aspects of the current FINA constitutional framework.

"I will not tolerate this unsatisfactory position and will not allow our sport to succumb to the reputational harm which other sports have suffered."