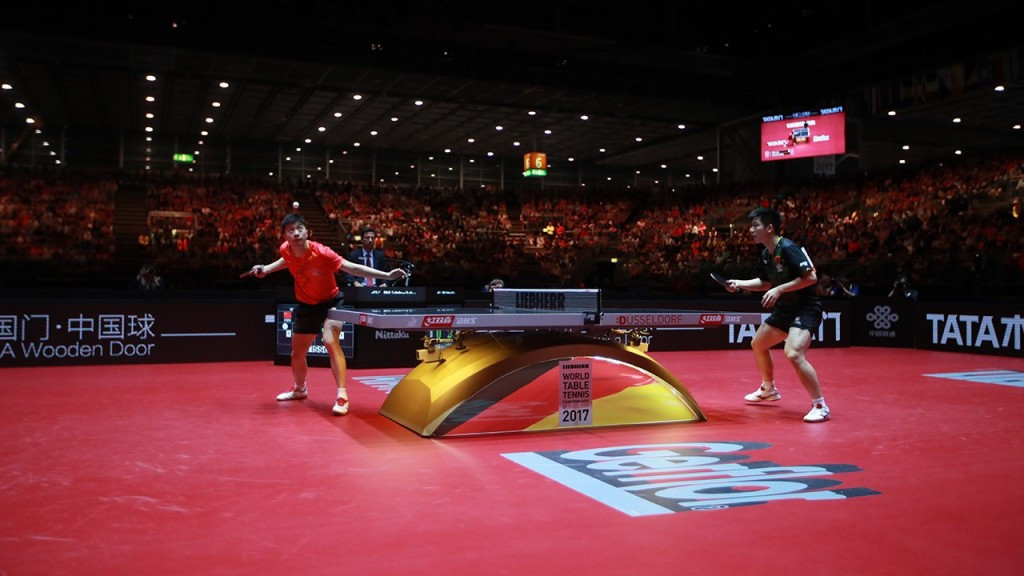 Statistics have been released by the International Table Tennis Federation (ITTF) to reinforce their claim that the World Championships which ended last month in Düsseldorf were the most followed event in the sport's history.

A total worldwide audience of more than 355.6 million people, spanning 122 countries, supposedly "reached" the event in the German city either through television broadcasting or streaming on other platforms.

China, who swept both singles finals and claimed four of the five available gold medals, produced the highest figures.

In total, 319.1 million followed the eight-day event via CCTV5 and CCTV5+ in the country.

Six matches during the Championships, also including the all-Chinese women's singles final won by Ding Ning against Zhu Yuling, are among the top 10 most watched sporting events in China this year.

"The Liebherr 2017 World Table Tennis Championships has jumped to another level in terms of table tennis coverage and viewership around the globe, with over 1,200 hours of coverage in all parts of the globe," said Pierre Justo, managing director of CSM Sports & Media, who conducted research into viewing figures.

"The World Championships were more visible than ever by table tennis fans around the globe.

"Our research shows that the eight-day event was watched by more than 300 million unique viewers on the five continents, a significant rise from all the previous World Championships, making it on par with the other big sporting players in the world."

Around 640,000 unique visitors accessed the ITTF website during the Championships, despite problems which dogged the official results service.

The ITTF did, however, concede towards the bottom of their release it was only "arguably" the most watched event ever.

They also heralded the 2015 World Championships in Suzhou, claiming at the time that it was "followed" by an even higher "estimated" total of 450 million people.

Research was also conducted by CSM two years ago.

"We considered it imperative that since taking the commercial rights back in house, we have to ensure our World Championships received the best TV numbers ever," added the body's acting chief executive Steve Dainton.

"Together with our partner Lagaredere who put extra efforts to ensure a wide global audience, we are extremely satisfied with the result and are proud to say its arguably the most viewed Word Table Tennis Championships ever."