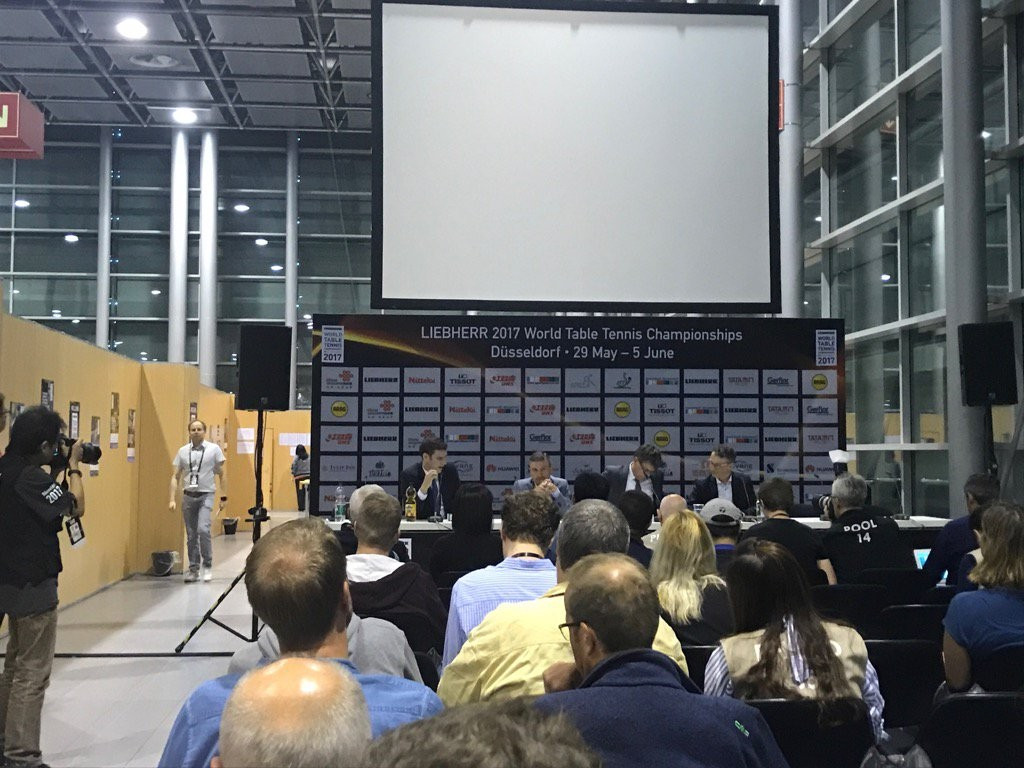 Weikert, elected to continue as President during the ITTF Annual General Meeting last week, highlighted that more than 100 countries were represented at the week-long event.

It is one of two major sporting events take place in Düsseldorf this summer, along with the Grand Départ of the Tour de France on July 1.

Representatives from the Government were invited to attend by the German Table Tennis Federation but failed to take up the offer.

They did not provide a specific reason.

"I am disappointed about this to not have a representative of the German Federal Government here," Weikert said.

"This is a little different to competitions in other continents and other countries.

"It was a big competition with more than 100 nations here, so that is a missed opportunity."

It would have been unexpected for German Chancellor Merkel to have attending the World Championships, but more normal for another Government figure, such as Minister of the Interior Thomas de Maizière, whose portfolio includes sport.

Christina Kampmann, a sport representative for the North Rhine-Westphalia Government, attended the event, along with officials from the city authorities.

Weikert had announced the ITTF is aiming for table tennis to become one of the top three sports on the Olympic programme.

A total of 58,000 spectators attended the eight-day competition.

Hosts Germany were the only European country to win a medal after Petrissa Solja took mixed doubles bronze with Chinese partner Fang Bo.

China won four gold medals and provided both finalists in the men's and women's singles.

Japan took the gold medal in the mixed doubles.

Weikert hit back at claims that the Chinese-dominated nature of the sport is negatively affecting its popularity.

He cited the example of a thrilling men's singles final between Ma Long and Fang Zhendong which enthralled the 8,000 capacity crowd.

"You saw the atmosphere for this, it was as good as for any of the matches involving German players," he said.

The German chaired his first meeting of the new ITTF Executive Committee today following the elections last Wednesday (May 31).

A review of the World Championships was the main item on the agenda.

They also discussed the case of ITTF chief executive Judit Farago, who is currently suspended.

Weikert claimed the ITTF were not able to provide any public updates due to the ongoing legal proceedings.

A reason has not been given for the suspension of the Hungarian, but it is thought to relate to a breakdown in relations with Weikert.

She was suspended on full pay until the end of the World Championships.

A decision, though, is not expected to be announced for several weeks.

A debate is underway to consider the future of the ITTF chair position after Weikert's Presidential predecessor Adham Sharara ended his term last week.

A public row between Weikert and Sharara dominated the build-up to the election.

Weikert confirmed to insidethegames today that he believes the Canadian will no longer have any influence within the organisation.

The ITTF could decide to scrap the position of chairman.