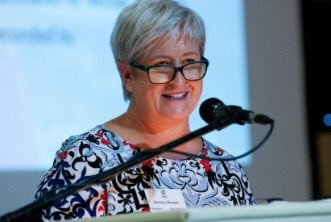 New Zealand's Shirley Hooper has been elected as a further director of the International Netball Federation (INF) at the organisation's Congress in Gaborone in Botswana.

Hooper replaces Octavia Gibson, who served in the role for two years and as the INF Americas regional director for eight.

Vice-president Sue Taylor also secured a further four-year term at the Congress, which took place prior to the start of the Netball World Youth Cup in the capital city.

"I am honoured and delighted to be elected to the INF Board," said Hooper.

"As a sisterhood of small and large netball nations, there is a strength in what we can achieve together.

"In fact, INF can only achieve what we need it to with all the collaboration of the entire family of netball."

Rhone, who has led the worldwide governing body since 2003, addressed a number of issues in her speech to the Congress, including preparations for the Gold Coast 2018 Commonwealth Games and the INF's relationship with the IOC.

"Although netball is not yet an Olympic sport, it is an IOC recognised sport, and the INF works closely with the IOC to ensure best practice and promote netball and women’s sport," she said.

"We have earned a reputation for good governance, clean sport and strong safeguarding, and we are working to further develop our relationships with governing bodies across sport, including the World Anti-Doping Association, the Commonwealth Games Federation (CGF), the Association of Recognised International Sports Federations – of which I am a Board Member – and the IOC."

On Gold Coast 2018, Rhone added: "I visited Gold Coast last year with our chief executive to see the progress being made, I am delighted and confident to say that netball will enjoy a fantastic Games, with excellent organisation and first-class facilities.

"I look forward to welcoming many netball fans there to support this hugely important event for our sport."

The INF Congress was also given updates on the 2019 World Cup in England and the youth equivalent in Fiji two years later.