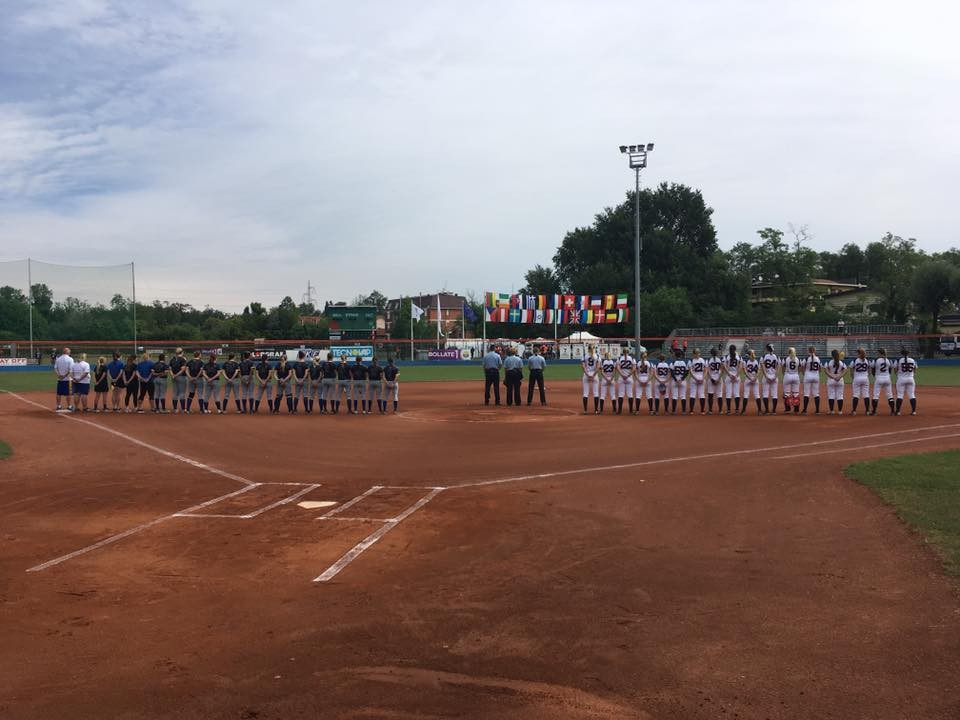 Ireland, Britain, the Czech Republic and Poland all made a successful start to the Women's Softball European Championship as each country won two matches in Bollate in Italy today.

The Irish team made a commanding start to their Pool B campaign as they dispatched Lithuania 15-0 before going on to beat Slovakia by a narrow 8-7 margin.

Britain were in good form on the opening day of the tournament, which runs through to July 1, as they thrashed Belgium 10-0 in their first Pool C encounter.

They were made to work harder for their triumph over Russia but still looked comfortable in a 7-2 victory.

The European side competed in the first game of the tournament, beating Sweden 5-3, before they cruised to a 10-0 success over a hapless Hungarian side.

Poland are second in the group behind the Czechs after they heaped more misery on Hungary with an 11-3 win.

At the end of Day 1, Ireland lead Group B of @ESFsoftball Women's Championships - Greece and Germany up tomorrow @sportswomenIRL @RTEsport pic.twitter.com/lIJCztcTyX

Croatia endured a mixed beginning to their pursuit of the Women's Softball European Championship crown as a 7-0 defeat by France was followed by an 11-4 victory over Switzerland.

The competition in Italy will see 23 teams from across the continent taking part over the course of the week.

At the last championships in 2015, Italy defeated The Netherlands to claim the crown, ending a run of three straight title wins for their opponents.