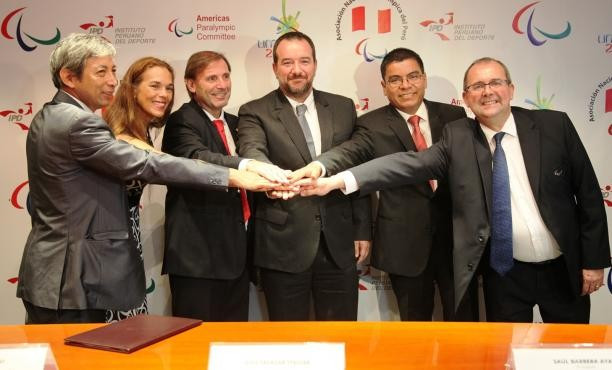 Four ambassadors have been announced for the 2019 Parapan American Games in Lima.

All four will be charged with promoting the sixth edition of the Parapan American Games across the continent.

They were all chosen for their recent sporting success for Peru.

"It is with great satisfaction that we announce these four athletes as ambassadors for Lima 2019," said Neuhaus.

"They represent the effort all athletes make and will support us in the lead-up to the Parapan American Games."

Jauregui added: "I am happy to be an ambassador.

"Peru organised a wheelchair basketball event recently and proved it is capable of hosting Para-sport competitions.

"I am planning to participate in Para badminton at Lima 2019 and seeking to win a medal for my country."

Earlier this month, International Paralympic Committee (IPC) chief executive Xavier Gonzalez claimed progress had been made by Lima 2019, but he said there was much work still to be done by the Parapan American Games organisers.

Serious concerns have been raised regarding the Pan American Games in two years' time, and the Para-event which will follow it.

Issues include construction progress and a lack of individuals clearly responsible for key areas.

"With over two years to go, there is still much work to do, but the professionalism shown by the people here makes us feel confident the Parapan Ams will be another step forward," said Gonzalez.

The Parapan Games will take place at the end of August in 2019.