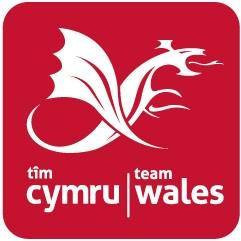 Commonwealth Games Wales has announced a squad of 39 athletes that will represent the country at The Bahamas 2017 Commonwealth Youth Games.

Nominations were made by the national governing bodies responsible for each of the six sports - swimming, athletics, boxing, judo, tennis and women's rugby sevens - in which Wales will compete at the Games.

Six athletes will compete in athletics, another six will take to the boxing ring while three judokas have been chosen.

In the pool, Wales will be sending a squad of 10 to the Games.

There are also two tennis players in the squad while 12 will take part in the women's rugby sevens tournament, although those players are yet to be confirmed.

The full list of names can be found here.

"We are really excited to announce the Team Wales squad for the sixth Commonwealth Youth Games in the Bahamas," said Helen Phillips, chair of Commonwealth Games Wales' Board.

"It's very encouraging to see the calibre of young Welsh athletes coming through.

"This is testament to their commitment, passion and dedication and also to the excellent support of their coaches, families and national governing bodies.

"The Commonwealth Youth Games are a great platform for them on their road to future success as senior athletes."

Gerwyn Owen will lead the team in the Chef de Mission role on a voluntary basis in addition to his full-time employment as performance pathway manager for Disability Sport Wales.

"I would like to extend a big congratulations to all of the selected athletes," he said.

"Many of them will get to represent Wales in a major multi-sport event for the very first time, which will no doubt give them a great sense of pride.

"It is a massive opportunity for them to showcase Wales at its best both on and off the field, and to celebrate our national culture and heritage through sport."

Owen will also serve as deputy Chef de Mission and team manager of the Welsh contingent at the Commonwealth Games in the Gold Coast next year.

Wales won nine medals at the 2015 Commonwealth Youth Games in Samoa, including one gold, five silvers and three bronzes.