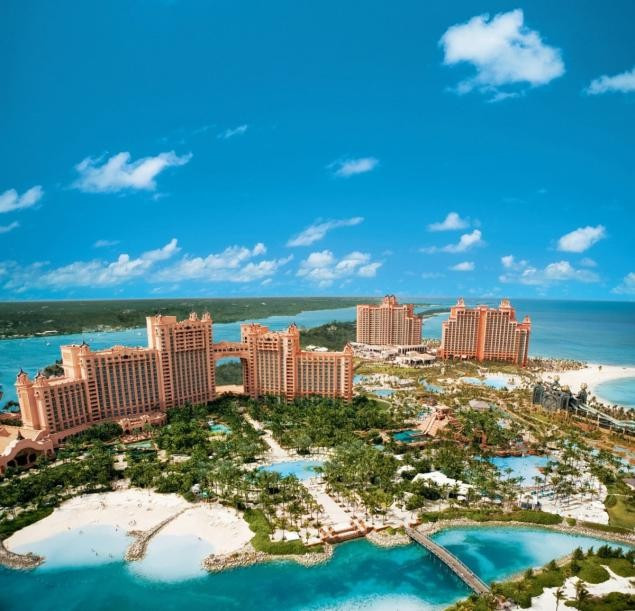 The 48 international sides invited to compete at the 2017 Commonwealth Youth Games have been unveiled today as The Bahamas braces itself to host the event’s largest-ever programme of team sports.

The record-breaking line-up, creating opportunities for more than 300 young athletes from right across the Commonwealth, includes rugby sevens and, for the first time ever on a Youth Games programme, beach volleyball and beach soccer.

A total of 24 teams are set to be fielded in beach volleyball, a sport which is due to make its debut on the Commonwealth Games programme at Gold Coast 2018.

"Some of the Commonwealth’s finest beachside settings will be the sporting stage for beach volleyball when our exciting and engaging sport is presented for the first time ever at the Bahamas 2017 Commonwealth Youth Games, and then on the Commonwealth Games programme in Gold Coast, Australia a year later in 2018," Ary Graça, President of the International Volleyball Federation (FIVB), said.

"It’s such an exciting time globally for this fast-paced and fast-growing sport and I’ve every confidence that fans will welcome its addition to the programme."

Beach soccer was confirmed on the Bahamas 2017 programme as an additional team sport in June this year.

It followed a special request from the home nation to build on their strengths as a global host destination for the fast-growing sporting discipline.

Next year’s FIFA Beach Soccer World Cup is scheduled to be staged in Bahamas’ capital Nassau.

"Hot on the heels of the FIFA Beach Soccer World Cup in the Bahamas in spring 2017, I can think of no better legacy for our proud Caribbean hosts than showcasing this diverse and dynamic sport for the first time ever as part of the Bahamas’ largest-ever multi-sport event, the sixth Commonwealth Youth Games," Kasra Haghighi, FIFA’s beach soccer competition manager, said.

Bahamas, England, Fiji, Kenya, Samoa and Sri Lanka will all be going for gold in the men’s rugby sevens tournament, while Australia, Canada, Papua New Guinea, South Africa, Trinidad and Tobago and Wales will battle it out in the women’s competition.

"These are exciting times for rugby sevens and rugby in general after a game-changing Olympic Games debut at Rio 2016 that reached, engaged and inspired new, younger audiences in record numbers," World Rugby chairman Bill Beaumont said.

"Following the success of the introduction of the women's competition at the 2015 Commonwealth Youth Games, we are excited to see the next generation of men's and women's stars showcasing their talent and experiencing the major event environment in the Bahamas.

"I'm sure that they will display the very best of our sport and its character-building values."

Applications to compete in the Bahamas 2017 programme of team sports proved hugely popular, it is claimed, with more nations putting forward teams than space available within the tournament.

To manage this demand, the Commonwealth Games Federation (CGF) selected the pools in partnership with each respective International Federation in a bid to ensure depth of field, regional representation, gender equality and taking into account available results and rankings.

Commonwealth Games Associations from the selected nations and territories now have until January 15 to confirm whether they will take up their allocated slots.

"We’re thrilled to unveil the Commonwealth nations and territories teams invited to compete in one of the world’s greatest international multi-sport competitions for young athletes," said David Grevemberg, chief executive of the CGF.

"We’re especially pleased to be making history by presenting the first-ever beach volleyball and beach soccer tournaments at a Commonwealth Youth Games, which - alongside rugby sevens - will field an equal number of men’s and women’s teams as part of our continued commitment to sporting equality."

Romell Knowles, chief executive of the Bahamas 2017 Organising Committee, added: "Rugby sevens, beach volleyball and beach soccer are innovative and inspiring sports that will add a thrilling dimension to the Caribbean celebration of sport and culture that we are planning for the Commonwealth’s finest young athletes in just seven months’ time.

"Given the high levels of team interest and excellent quality of competition within the Commonwealth, we look forward to seeing some exciting and excellent performances right here in the Bahamas."

The 2017 Commonwealth Youth Games, due to run from July 19 to 23, will be the largest international sporting event ever to be staged in The Bahamas and the largest-ever edition of the Games with up to 1,300 athletes aged 14 to 18 set to participate.

It will also be the first time women’s boxing and judo for both men and women have been presented at a Commonwealth Youth Games.