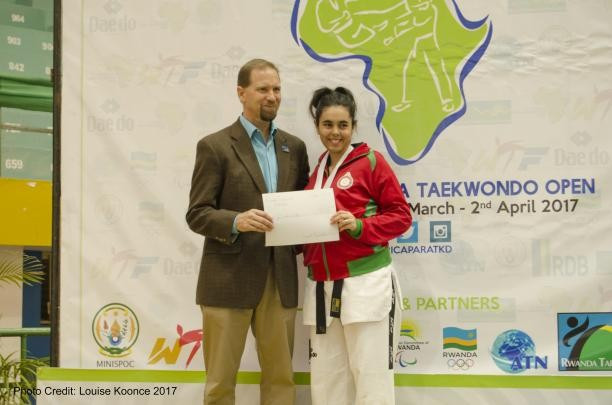 Morocco's Rajae Akermach has become the first African woman to reach a world number one ranking in Para-taekwondo.

Five countries are now featured in the rankings, which are published by the World Taekwondo Federation (WTF), for the first time.

Athletes from the Democratic Republic of Congo, Ethiopia, Ghana, Kenya and host nation Rwanda all gained ranking points at the African Open.

The competition was a G4/G2 event, allowing athletes from Africa to earn more points in the world rankings than athletes from other continents.

Soukaina Es-sabbar, another Moroccan, moved up to second in the women's under-49kg K44 class after silver in Rwanda.

In the men's 75kg K44, Spain's Amado Garagarza moved up five spots to number seven while American Corbin Stacey, who was second in Kigali, is now the world number two in the men's over-75kg K44.

The full rankings can be found here.