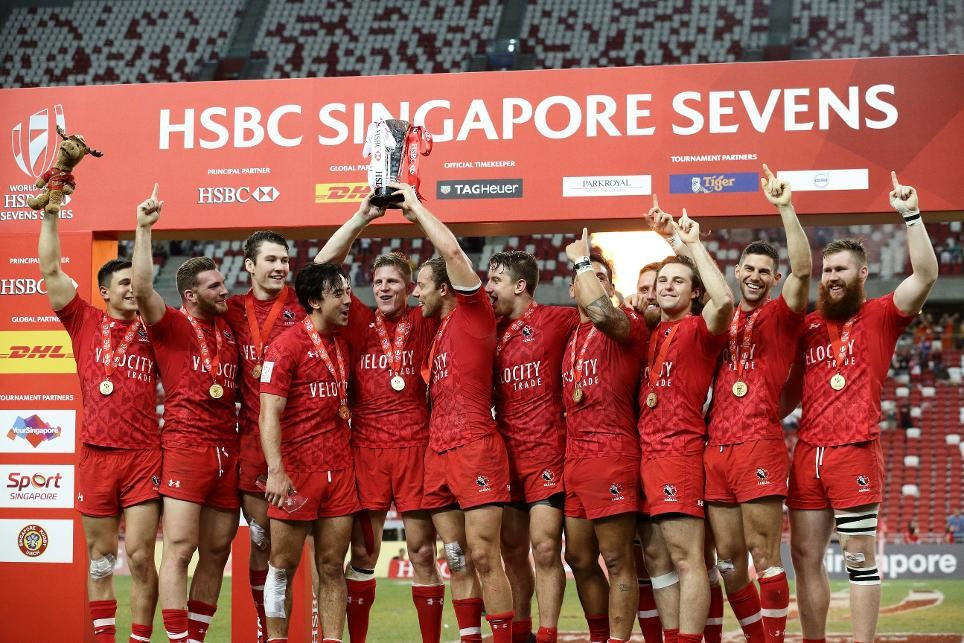 The North American final came after a day of shocks, with the United States recording a 24-19 victory over Olympic champions Fiji in the quarter-finals of the tournament.

Canada had also achieved a surprise win over their own by overcoming New Zealand in the last eight, achieving a 26-14 success.

They followed up the display by beating England 17-5 in the semi-finals, while the US secured a dominant 40-7 win over Australia.

The Canadian team made a stunning start to the final with tries from Matt Mullins, Harry Jones and Mike Fuailefau giving them a 19-0 lead.

Perry Baker and Stephen Tomasin responded with tries for the US to reduce the deficit to 19-12 before half-time, with Baker then going over in the second half to draw his side level.

Canada would respond to their rival’s fightback as Lucas Hammond claimed the decisive try, which gave his team a 26-19 victory.

“Last night we were beaten by Fiji so we had a little bit of soul searching and then we came back and beat some of the best teams in the world.

“This will show that Canadian rugby has so much to offer."

The surprise victory comes a year on from Kenya achieving their breakthrough Sevens Series title in Singapore.

Despite their quarter-final loss, South Africa remain at the top of the series standings on 157 points, with the defending champions Fiji lying second on 132.

The penultimate event of the series will take place in Paris from May 13 to 14, before London stages the concluding competition from May 20 to 21.