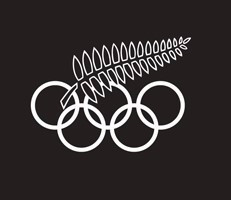 The New Zealand Olympic Committee (NZOC) has named a team of 34 athletes aged between 14 and 18 to represent the country at The Bahamas 2017 Commonwealth Youth Games.

Members of the team will compete in athletics, beach volleyball, boxing, cycling and swimming.

Dylan Simpson, who was a 2016 National under-17 Men’s School Championships gold medallist, will be joined by Jenna Merrick and Abigail Morton in cycling.

Swimming will be represented by 11 athletes aiming to emulate the success of the previous Games in Samoa in 2015, where they brought home eight of New Zealand’s total of 20 medals.

The squad is completed with five athletes competing in boxing and four in beach volleyball.

“We are delighted to name the 34 young athletes today as members of the Bahamas 2017 Commonwealth Youth Games team and wish them well as they head to their first multi-sport event,” said NZOC chief executive Kereyn Smith.

“We know how important this games will be in their future development as athletes.”