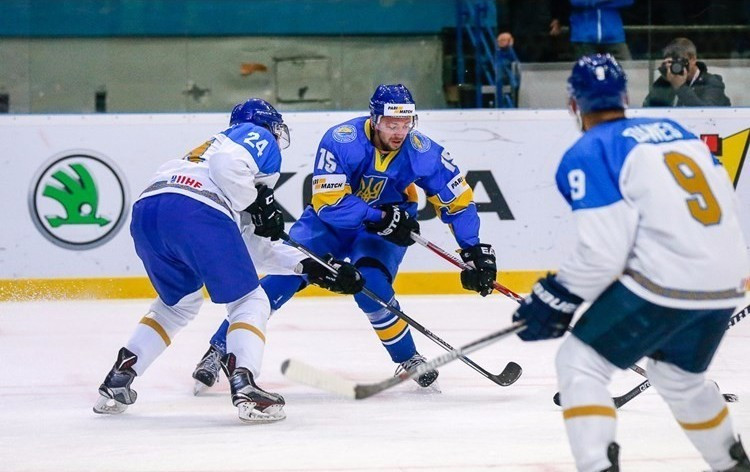 With Ukraine having suffered three straight defeats at the Palace of Sports in Kiev, Kazakhstan had the opportunity to close on leaders South Korea.

Nigel Dawes and Martin St-Pierre scored in the opening period to give Kazakhstan a 2-0 lead, but Ukraine rallied in the second to haul themselves back on level terms.

The hosts would prove unable to secure a win to stave off relegation, with Kazakhstan re-establishing their two-goal advantage in the third period to win 4-2.

They now boast a record of three wins and one defeat from their matches to lie second, with South Korea topping the standings after winning all three of their ties to date.

South Korea will hope to continue their run when they play Austria tomorrow, while Hungary will take on Poland.

The top two teams at the end of the tournament will play in the IIHF World Championship in 2018.

Triumphs against The Netherlands and Croatia had given Japan the ideal platform in their pursuit of promotion to Division IA.

They headed into their third match as the clear favourites against an Estonia side who lost their opening two ties.

The contest appeared over when Japan established a 4-0 lead in the second period of the match, with efforts from Keigo Minoshima and Shojo Nakajima adding to a brace from Daisuke Obara.

Estonia briefly threatened a fightback as Riho Embrich and Vadim Vasjonkin reduced the deficit to 4-2.

Japan moved to the top of the standings on nine points, where they were later joined by Britain.

The hosts overcame Lithuania 5-2, having both headed into the match will two wins to their credit.

Croatia claimed their first win of the tournament by beating The Netherlands 6-2, aided by a flurry of four goals without reply in the first period of the match.

The result leaves the Dutch and Estonia bottom of the standings and at risk of relegation.