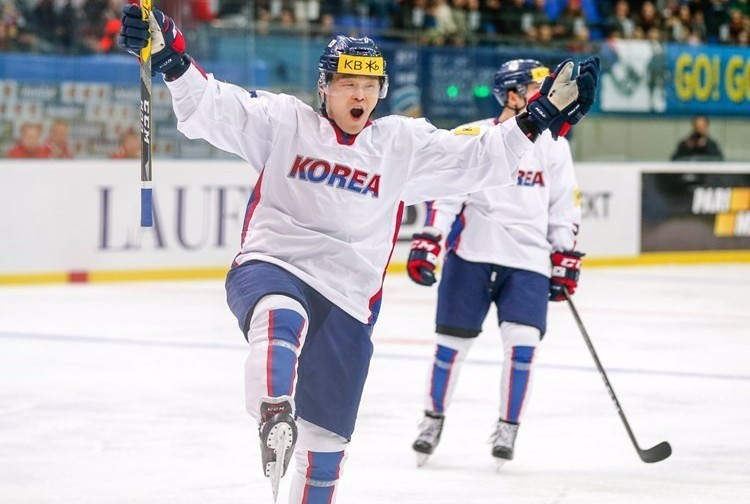 South Korea took a giant step towards securing promotion to the top tier of the International Ice Hockey Federation (IIHF) World Championships after they won their third successive game by beating Hungary at the Division IA event in Kiev.

The Olympic host nation produced a battling display to overcome Hungary 3-1 at the Palace of Sports in the Ukrainian capital.

The result saw them cement their position at the summit of the round-robin standings and ensured they remain the only team at the tournament with their 100 per cent record still in tact.

The South Korean side then took control and went ahead when Shin Sanghoon found the net in the third stanza.

A late effort from Sin Sangwoo put South Korea's victory beyond all doubt and wrapped up their third straight win.

Kazakhstan, who were favourites to clinch promotion pre-tournament, bounced back from their loss at the hands of South Korea with a 1-0 overtime triumph against Poland.

Neither side could break the deadlock in regulation time and it took a Kevin Dallman winner in the extra period to keep Kazakhstan's hopes alive.

"We had a lot of chances, their goalie was good," Dallman said.

"They had a lot of chances, our goalie played good.

"We just have to continue now, get a rest for the game against Ukraine tomorrow.

"All the teams here are pretty good, they are the home team here, it will be a good atmosphere.

"We have to play our game and will hopefully get another win."

In the other match to take place today, Austria picked up their second victory as they beat Ukraine 1-0.