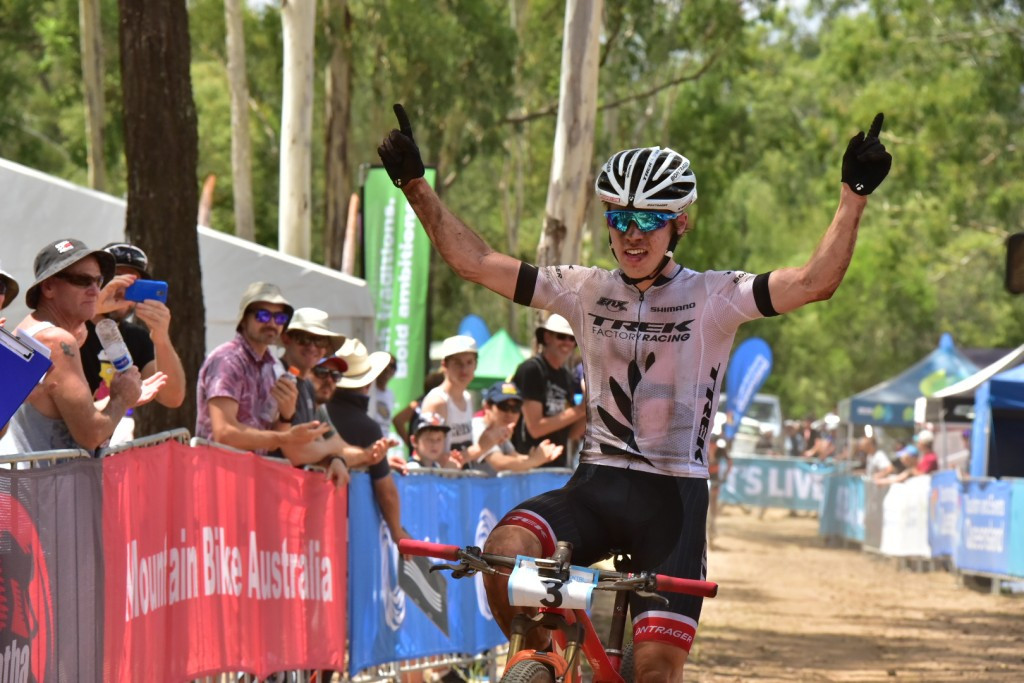 Anton Cooper defended his men's title at Jubilee Park with the Kiwi taking the lead on the opening lap following a flying start.

However, his hopes were almost dashed by a combination of a crash and mechanical issues which saw him slip to fourth at the halfway point.

Cooper managed to recover though and the former under-23 world champion produced a late surge to triumph in 1 hour 25min.

"I'm stoked to back up my title from last year with another win," said Cooper.

"I had a good start but dropped my bottle at the end of the first lap which didn't help things.

"Then halfway through the second lap I had a big crash while out in front which unfortunately caused my chain to come off and get super twisted.

"Luckily my mechanic was onto it and managed to unwrap it and reset my chain guide.

"From there it was just a lot of chasing.

"I'm really happy to have the form to chase down the leaders after making life hard for myself."

Samara Sheppard wrapped up the elite women's title for New Zealand after clinching the lead on lap one and never looking back.

She steadily built her advantage in the four lap race and won by two-and-a-half minutes in front of Australia's Holly Harris.