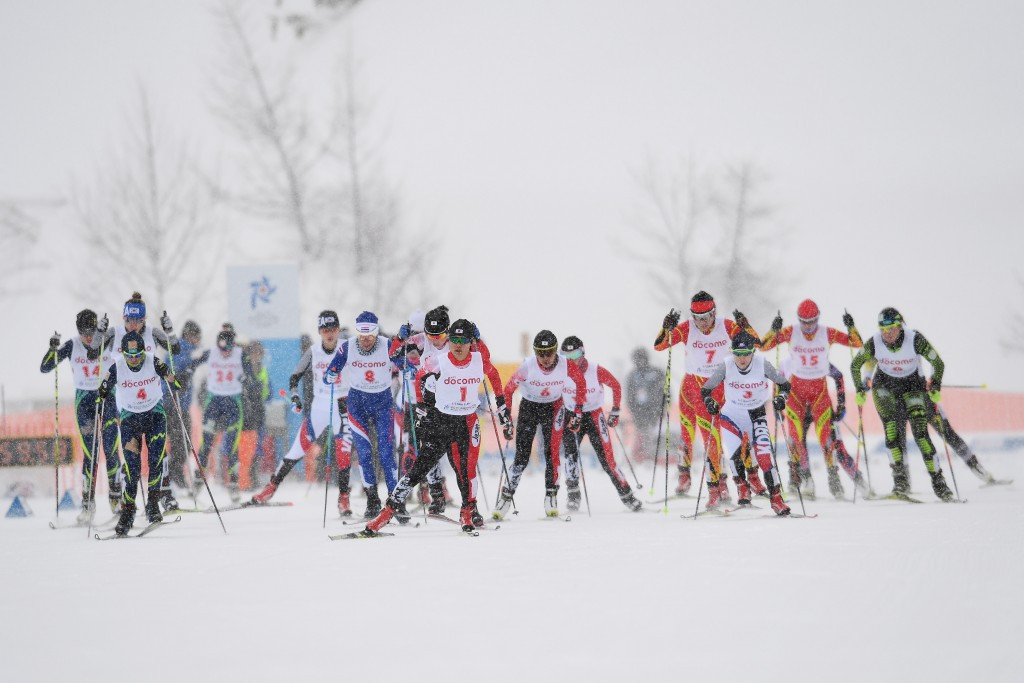 Japan's Akira Lenting held off the close attentions of his Kazakh rivals to win the men’s 30 kilometre mass start cross-country competition at the Asian Winter Games.

Lenting was seeking his third gold medal of the Games, having already won the men’s 10km event and the 4×7.5km relay.

The home favourite, who also secured a bronze in the 15km, put himself in contention for another medal by placing himself in the lead group.

He was the lone rival to a trio of athletes from Kazakhstan, with Sergey Cherepanov, Nikolay Chebotko and Yerdos Akhmadiyev all battling near the front.

Lenting would ultimately go head-to-head with Cherepanov in a sprint finish at the Shirahatayama Open Stadium.

The pair would need to be separated by a photo finish after dipping at the line, as both men were credited with the same finishing time of 1hr 22min and 54sec.

It was delight for the 28-year-old Japanese skier when confirmation came that he had won gold, while Cherepanov took silver.

Chebotko would end two seconds off the pace to complete the podium places, as his fellow Kazakh Akhmadiyev missed out on the medals.

The women’s 15km mass start title would also go to Japan, with Yuki Kobayashi confirming her domination at the Games by winning a fourth gold.

Kobayashi finished the event in a winning time of 43:28.60 to add to her victories in the 5km, 10km and relay races.

South Korea’s Lee Chae-won finished as the runner-up, finishing 3.9sec behind the winner to claim silver.

The podium was rounded off by Li Hongxue of China, who crossed the finish line in 43:33.80.