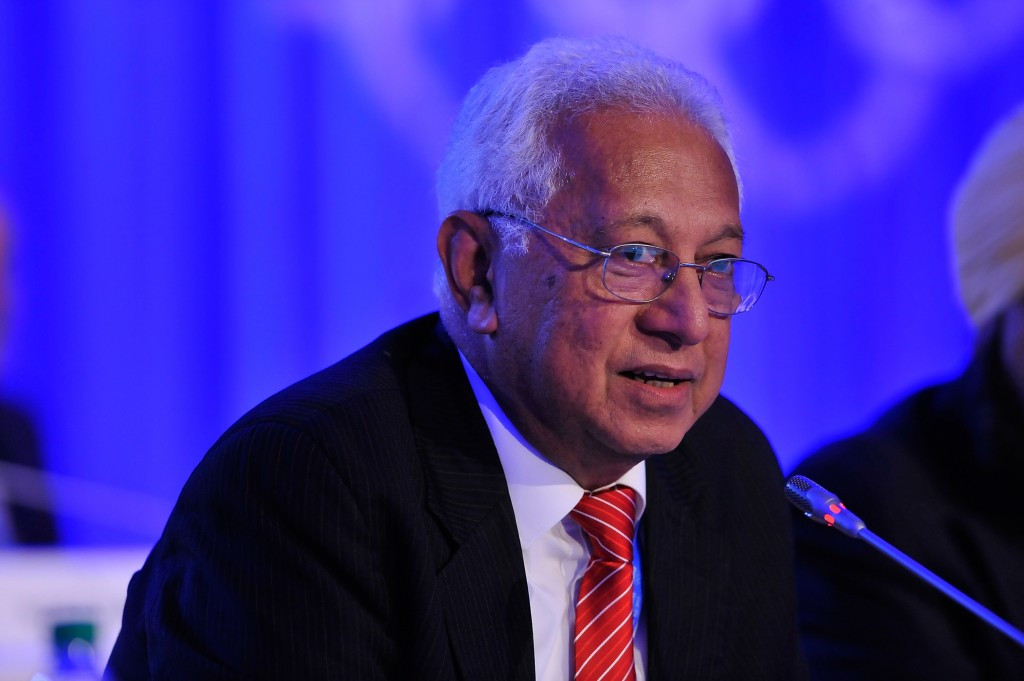 Oceania National Olympic Committees (ONOC) President Robin Mitchell has welcomed the opportunity to compete at the 2022 Asian Games, while admitting surprise at the swiftness with which the continent has been encouraged to appear.

Some opposition to the idea has, however, been mooted by Asian officials.

New Zealand have also said they will assess whether they have the resources to participate in the Asian Games in the same year as other competitions.

This comes after Olympic Council of Asia (OCA) President Sheikh Ahmad Al-Fahad Al-Sabah revealed here on Tuesday (February 21) that they would be willing to consider allowing all Oceania athletes the chance to feature at the showpiece continental event from 2022.

The issue is expected to be discussed further by representatives from both continents at September's OCA General Assembly in Ashgabat.

"I'm very excited and pleased to learn of the Sheikh’s comments regarding Oceania athletes participating in the Asian Games as this possibility has come about a little earlier than I had expected," Fiji's Mitchell told insidethegames.

"This cooperation in sport is an extension of the close economic and political ties that exist between Oceania and Asian countries/sport, initially the East Asian countries but now extending to the Middle East and the countries in central and South Asia."

Australia and New Zealand are currently competing as guest athletes at the Asian Winter Games here.

All 18 Oceania National Olympic Committees will then enjoy full participation at the Asian Indoor and Martial Arts Games in Ashgabat in September.

"Several years ago I had raised with the Sheikh [Ahmad] the possibility of Oceania Athletes - particularly the Island NOCs - taking part in the Southeast Asian Games where the standard of competition was higher than the Pacific Games - which at that time had excluded Australian and New Zealand athletes," Mitchell added.

"He agreed in principle that it could happen in the future but it needed to be a progressive entry and the 2017 Asian Indoor and Martial Arts Games could be the first step."

There appears no chance of Oceania participation at next year's Asian Games in Jakarta due to the logistical challenges of integrating them at such a late stage.

Australian Olympic Committee (AOC) President John Coates has already welcomed the news, particularly for sports where the standard is high in Asia like badminton, gymnastics and table tennis.

The New Zealand Olympic Committee (NZOC) were slightly more restrained in admitting there would be logistical challenges.

As it stands, there is currently a gap of little more than a month between proposed timeframes for the Durban 2022 Commonwealth Games and the Opening Ceremony in Hangzhou.

"We certainly appreciate the consideration from the OCA regarding participation in the Asian Games from 2022," a NZOC spokesperson told insidethegames.

"The challenge for us, like many smaller NOCs, is managing multiple games with limited resources.

"We look forward to assessing the proposal as it develops further and working with our national member federations to understand which games and opportunities may provide the best performance pathways and experiences for their athletes."

There is certainly some underlying opposition to the idea in Asia due to fears they will have decreased opportunities to win medals at their own continental event.

"They have to understand that the Asian Games was started by Asia and the Asian people have worked very hard to build it," Olympic Council of Malaysia secretary-general Low Beng Choo told the Straits Times.

"The Europeans started their own Games, and there's also the Pan-American Games.

"Isn't it about time they [Oceania] have their own continental Games?

"The 'bigger boys' also have a responsibility to help build and help their region grow."

A Singapore National Olympic Council spokesperson also said there are "many factors to consider" before accepting the motion.

However, it seems unlikely many Asian NOCs would be prepared to formally oppose an idea championed by Sheikh Ahmad.

In 2007, the OCA rejected a proposal to allow Australia to participate at Incheon 2014, with Sheikh Ahmad claiming then that, while Australia would add good value to the Asian Games, it would be unfair to the other NOCs in Oceania.

Officials from both the Asian Rugby Football Union and the Asian Rowing Federation also warned that the idea could lead to reduced participation and medal opportunities for athletes from their continent when it was mooted by Sheikh Ahmad again in Incheon.

Australia and New Zealand participate only in the sports of taekwondo, sailing, rugby sevens and weightlifting.

"It [Asian Games participation] is not a concern," a Pacific Games Council spokesperson told insidethegames.

"In fact, it strengthens the case to further integrate Australia and New Zealand into the Pacific Games.

"The Asian Games are usually held seven to nine months before the Pacific Games so it is not likely to clash.

"It also gives Oceania athletes access to stronger competition which they need."