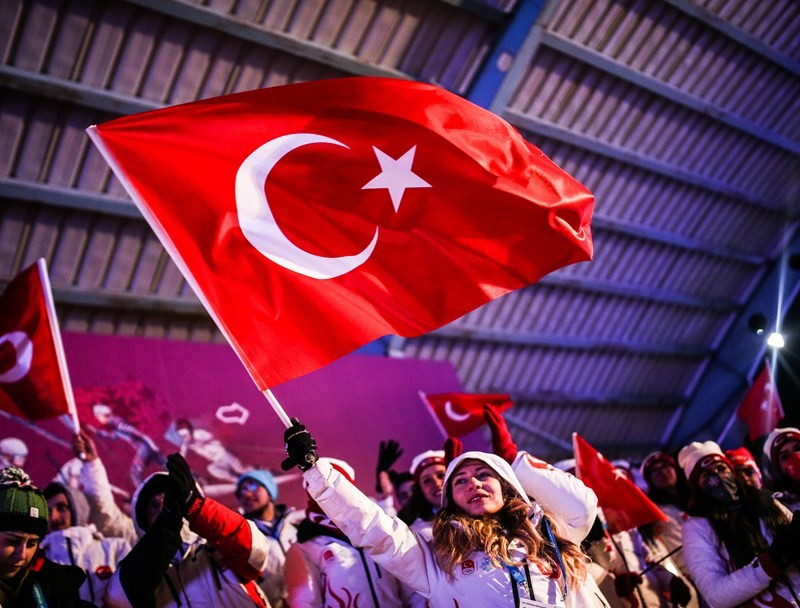 European Olympic Committees (EOC) acting President Janez Kocijančič has hailed the success of the 2017 Winter European Youth Olympic Festival (EYOF) in Erzurum, describing the organisation of the event as "outstanding".

Action in the Turkish city concluded on Friday (February 17), with Russia finishing top of the standings on 39 medals, 19 of which were gold.

Prior to the 13th edition of the Winter EYOF, the EOC provided reassurance that all competing athletes will be safe amid heightened terrorism concerns in Turkey.

The five-day event passed off without incident though and Kocijančič was full of praise for it.

"On behalf of the EOC, I wish to thank and to congratulate our Turkish friends, the Organising Committee, and the National Olympic Committee for the outstanding organisation of the Winter EYOF," he said.

"Thanks to the Government of Turkey who accepted and won this huge challenge and delivered a great sporting success, allowing the youth of Europe to compete and stay together in peace and friendship, in this great European country.

"A special thank you must go to the volunteers that have contributed to this superb edition of the Winter EYOF.

"And finally, congratulations to the young athletes of Europe who have competed and lived these five days of sport in the true Olympic spirit.

Erzurum had initially been due to stage the 2019 Winter EYOF but swapped with proposed 2017 hosts Sarajevo and East Sarajevo at the EOC General Assembly in Prague in November 2015.

This was because Bosnian organisers admitted they were struggling to get ready in time.

"The Turkish Olympic Committee would like thank our Minister of Youth and Sports, Akif Çağatay Kılıç, for his unconditional support in helping us deliver our first-ever Winter EYOF," Erdener said.

"We would also like to congratulate the city of Erzurum for successfully hosting a truly memorable event.

"They have demonstrated that Turkey remains a world class destination for major international sporting events.

"The organisers set the stage for a new generation of athletes, many of whom were making their debuts on the Olympic stage.

"The courage and maturity displayed by these young athletes was second to none.

"It was wonderful watching Europe’s future stars come together and embrace the Olympic values of friendship, respect and excellence."

The Erzurum 2017 Closing Ceremony, which began by honouring the medallists, was held at the Athletes' Village at Atatürk University.

A short movie was then aired which displayed images taken by athletes throughout the course of the event.

Erzurum Governor Seyfettin Azizoğlu followed up by handing the Olympic flag to Sarajevo Mayor Abdullah Skaka, before the EYOF Torch was put out and the Ceremony ended.

Turkey finished 11th in the medal standings with two silvers and one bronze.

Short track speed skater Hazar Karagöl and the girls' curling team both secured silver medals on the final day of competition to ensure Turkey’s best-ever finish at a Winter EYOF.