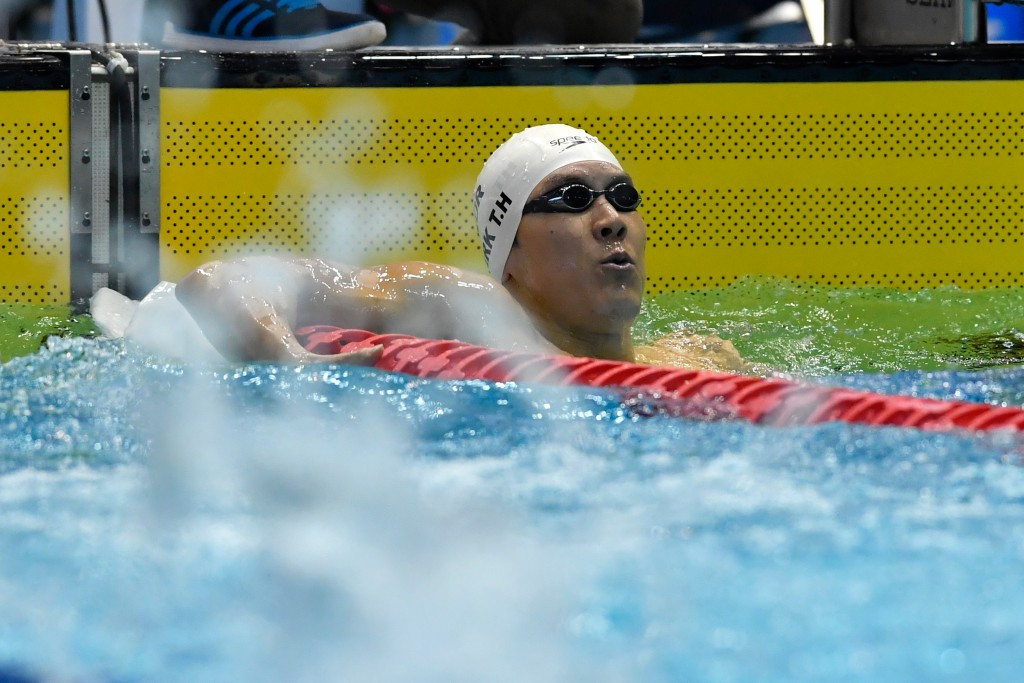 South Korea’s Park Tae-hwan secured his third and fourth gold medals of the Asian Swimming Championships as he clinched victory in the 1,500 and 100 metres freestyle races at the Tatsumi International Swimming Center in Tokyo.

Park, who endured a miserable campaign at the Olympic Games in Rio de Janeiro, appears to be getting back to his best as he maintained his dominance of the freestyle events, adding the two titles to his 200m and 400m crowns.

The Beijing 2008 Olympic gold medallist, cleared to represent his country just a month before Rio 2016 after he successfully appealed again a Korean Olympic Committee ruling which forbids athletes from representing any national team for three years after a doping suspension, won the 1,500m in 15min 07.86sec.

Park then returned to the pool and clocked a Championship record to triumph in the 100m event, finishing in a time of 48.57sec.

Olympic silver medallist Masato Sakai of Japan was also in excellent form as he held off the challenge of Daiya Seto to clinch victory in the men’s 200m butterfly race.

Sakai, second behind American legend Michael Phelps in the event at Rio 2016, clocked 1:54.53 to defeat compatriot Seto, bronze medallist in the 400m individual medley at the Olympics in the Brazilian city.

Japanese teenage sensation Rikako Ikee cruised to her third gold medal of the Championships, continuing the superb display from the host nation, as she won the women’s 100m butterfly in 57.46.

The 16-year-old finished comfortably in front of the rest of the field, with silver medallist Chan Kin Lok of Hong Kong over two seconds slower.

Chan denied the hosts the silver medal, with Yui Yamane having to settle for bronze.

There was also success for the Japanese squad in the men’s water polo tournament as a 15-6 victory over Iran saw them progress to the gold medal match.

They are due to go up against Kazakhstan, 8-6 winners over China, in the final tomorrow.

Japan’s women’s team secured their spot in next year’s World Championships as they hammered Singapore 21-2, while China also kept up their unbeaten record by beating Thailand 18-2.

The Asian Swimming Championships in the 2020 Olympic and Paralympic host city are due to conclude tomorrow.